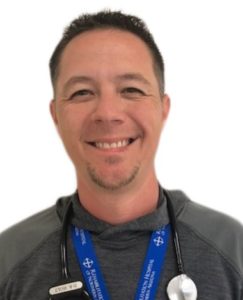 Just as a heart attack (myocardial infarction) is the blockage of blood and oxygen to the heart, a stroke (or brain attack) affects the arteries leading to and within the brain. An ischemic stroke occurs when a blood vessel that carries oxygen and nutrients to the brain is blocked by a clot. When this happens, part of the brain cannot get the blood and oxygen it needs, so the affected brain cells die.

According to the Centers for Disease Control and Prevention (CDC), stroke is the fifth highest cause of death and the leading cause of disability in the U.S. The American Stroke Association reports nearly 800,000 Americans suffer a stroke each year and one out of four people who experience stroke has a recurrence.

When it comes to recognizing and treating a stroke, every second counts. Immediate action can help prevent brain damage and long-term disability. Just think F-A-S-T:

Other possible signs of a stroke include weakness, paralysis or numbness and/or pins and needles sensation of any part of the body; loss of balance, coordination or trouble walking; blurred vision or trouble seeing in one or both eyes; dizziness; severe headache unlike past headaches; memory loss; and behavioral changes.

Remember to think and act F-A-S-T if you see someone who may be having these symptoms. Don’t delay and call 911 immediately.

If a loved one has suffered a stroke, the highest quality care is available right here in Northern Arizona – no need to leave home. The Rehabilitation Hospital of Northern Arizona is nationally recognized and certified to provide state of the art quality care and rehabilitation for stroke suffers including medical care, physical, occupational and speech/language therapies.

Richard Holt, D.O., is the medical director at the Rehabilitation Hospital of Northern Arizona. Dr. Holt specializes in helping patients recover from injury or disease and live the highest quality of life possible.