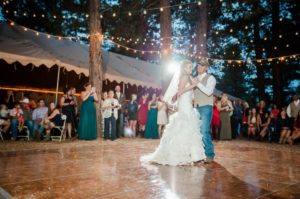 Arizona Nordic Village managers have been working with the United States Forest Service on an Environmental Impact Study following the approval of the Nordic Village Master Development Plan earlier this year.

The five-year plan calls for up to 22 new yurts and cabins, and improvements designed to increase recreation and business opportunities for all seasons.

New manager Evan Reimondo joined the Nordic Village in July and is overseeing the process. He says he is excited about the prospect of improving revenue and guest experiences, as well as offering more events and activities for locals. “The immediate priorities include offering more accommodations and improving our ability to host more and larger events.”

Currently, Reimondo is focused on developing tent camping and RV sites. “We hope to have a portion of those in by next spring.”

Planned changes include: adding 15 new yurts and nine new cabins, both in the backcountry and around the lodge; opening another parking lot entrance to ease traffic flow; providing 40 to 80 drive-in RV camping spots with pull-through capabilities; building restroom facilities near the campground; renovating the lodge and expanding the deck; creating an additional wedding site and pavilion tent to create more space for events and concerts; offering motorized tours; and, perhaps, a shuttle service.

“The overall focus is more revenue potential for the off-season,” said Johnson. “The general thought is to manage for slow winters by augmenting summer activities.”

He compared ski season 2017-2018 to the virtually snow-less winter of 2005-2006. In addition, the Coconino National Forest was closed because of extremely dry conditions. “We’ve had fire restrictions in the past that have impacted camping reservations, but we were always able to host weddings and other activities with more staff members,” he said. “This is the first time we had to cancel events.”

Johnson, who previously owned the Nordic Village, has been managing the property for Babbitt Ranches. He resigned this summer.

“Nordic Village has an amazing amount of potential coupled up with Babbitt Ranches,” he said. “I believe Nordic Village is going to get to a place where those economic waves [caused by unpredictable weather conditions] level out.”

Reimondo agrees. The Buffalo, New York, native came to Flagstaff in 2009 to earn his master’s degree in environmental science and policy at Northern Arizona University. During that time, he worked with Babbitt Ranches to develop a recreation ethics program to encourage respect for the land and positive visitor behavior on public and private lands. He and his wife, Amber, live in Flagstaff. FBN

Can Electronics Damage Your Eyes?
Women Owning Firearms on the Rise