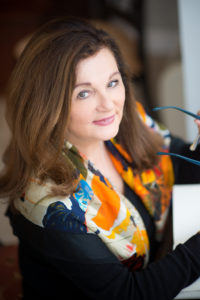 Three years ago, Ann Marie Sabath was teaching a training program for young professionals who had been in their careers for one year. As an international consultant in her business, “At Ease Inc.,” she helps business people climb what she calls “the slippery ladder of success.” On this day, her workshop participants were singled out by their managers as leaders-in-the-making.

Sabath asked the group what personal goals they had accomplished since starting work full-time. One said he bought a new car. Another said she was living in a part of the city where she had always wanted to live. A third said he was saving $1,000 a month.

That quiet, young man got her attention. He said he wanted to be a millionaire and had read that in order to do that he needed to delay his immediate wants for future ones. He also told her he packs his lunch rather than going out to eat, he makes his coffee at home rather than buying it elsewhere and maintains a basic work wardrobe. In addition, he volunteers at a dog shelter in his free time.

Sabath believed this young man was well on his way to becoming a millionaire. This encounter also sent her on her way to researching millionaires and writing, “What Self-Made Millionaires Do That Most People Don’t.”

In the book, she offers 25 habits and 52 secrets for “creating your own success” while featuring self-made millionaires of all ages and backgrounds in short, engaging stories.

For example, Secret No. 7 is, “Take Control of Your Life.” She introduces readers to Sarian Bouma. As a young woman, Bouma came to the United States to continue her education in communications after gaining experience in radio and television as a teenager in her home country of Sierra Leone on the southwest coast of Africa.

On her journey, she married, had a child, got a divorce and found herself on welfare. Sabath says Sarian made the decision to take control of her life the day she had to feed her baby water because she didn’t have enough food stamps to buy milk.

“She wondered, ‘How did I get to this point?’” says Sabath. “Sarian took advice from a welfare counselor and learned to become a bank teller, then a credit manager and then married again. Her new husband saw how people loved her and said, ‘You need to start a business. Do what you’re good at.’”

As Sabath explains, Sarian remembered how people had complimented her on cleaning their houses when she first arrived in the U.S. “She started a commercial cleaning business and landed the contract to clean the building where the White House staff worked. She became a millionaire in her mid-30s with her company, Capitol Hill Building Maintenance.”

They do not have this seven-figure status as a goal for themselves.

They are less likely to preplan their purchases.

They are more risk averse when it comes to beginning their own business.

They have few, if any, female role models who have achieved self-made millionaire status.

They are more focused on taking care of others rather than themselves.

Sabath also points out that becoming a millionaire is only important if that is what somebody wants. “You have to begin with the end in mind. The goal is to work toward it every single day.”

Secrets Sabath offers include: “Be a person of integrity. Stay focused. Be grateful. Pay it forward. Be a minimalist.” She suggests readers identify the secrets they aren’t currently applying and put them into action.

“As I was writing the book I realized I only had four secrets left. One was, ‘Exercise for the Health of It.’ That’s a big deal. I decided I could swim. I don’t want to tell you I use a noodle, but now I swim.”

She also practiced learning how to be a minimalist. “Look at the things we don’t use anymore. If you haven’t used something for two years, give it away, throw it away or sell it. I allowed myself to use 100 things for a month – that included 20 items of jewelry, four pairs of shoes – flats, two heels and boots – I live in New York, I dress like Johnny Cash. But I got to the point that I could be a minimalist.”

She explains minimalists don’t make impulse purchases and they don’t clutter their minds deciding what to wear. “I preplan my purchases now.”

With Sabath’s own millionaire status, she continues to do what brings her joy, which is helping other people create their own success, one person at a time. Her new book, “Everybodya Has a Book Inside of Them,” comes with a 30-minute consultation.

Ironically, Sabath tells readers in her book about millionaires that success and happiness “is not about the money.” Even so, her book offers a wealth of tips and action items to nudge readers toward their seven-figure goal. FBN

To hear more, tune into her podcast, AnnMarieSabath.com or visit annmariesabath.com.