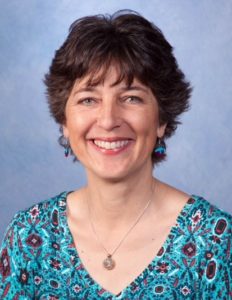 There comes a time when many of us face the realities of caring for an aging family member, and ultimately, planning for our own care. In the financial arena, mental impairment of a loved one may result in the appointment of a guardian and conservator. When this happens, the conservator has control over the assets, and as such, must file financial accounting reports to the courts. A few years ago, I was engaged to review the accounting reports (and any supporting documentation) submitted to the court on a case. I was also asked to note any irregularities and dive a bit deeper into what the attorney suspected was “exorbitant” care costs.

To be fair, conservators may be family members who are overwhelmed with the many responsibilities they face and on top of that, are trying to understand the forms they are to submit as well as some of the accounting “lingo.” So, some mistakes may be honest. In this particular case, an amended filing to the court for a particular time period resulted in balances “due” to family members, as well as changes to other asset values.

The balances due (debts) related to personal care invoices. In other words, family members (the guardian/conservator son, his wife and their son) created invoices for what they claimed were for care-taking services. Since the mother was no longer alive to testify or verify that the invoices were valid, it made it difficult to obtain outside evidence that the services were actually provided and for the hours charged on the invoices.

In an effort to determine the reasonableness of the time billed, I performed an analysis of the time charged by each family member as well as computed an average of the hours per day per month for the time period in question. When all three family members were combined, the results were quite interesting! The average time for several months ranged from eight to 11 hours a day. While I am no expert in adult care or what an outside facility would charge for hourly care, there was enough concern by another family member to continue pursuing legal remedies in court. The restatement of the balances due to the family members, coupled with the fact that the conservator was essentially paying himself and his family for the mother’s care, were of great concern. In addition to the checks for personal care services, there were several other instances of disbursements for the benefit of the conservator and his family.

While it is understandable that taking care of a declining family member takes considerable time and may result in having to take time off from work resulting in a decline in income, the lesson is that if there was some sort of agreement between the mother and her son (for caretaking services) then the financial arrangement should have been documented with the assistance of an attorney, or at a minimum, the involvement of the other family member who was unaware of the large sums of monies being paid to the conservator.

In this case, the conservator and guardian had full access to all assets (cash, securities, etc.) and the mother was lacking the mental capacity to handle her own finances. In my opinion, had there been better transparency, written agreements, better financial controls and open communication, the two siblings might not have been fighting in court. Unfortunately, that wasn’t the case and the estate assets were dramatically depleted.

To summarize, consult with professionals well versed in this area and do what you can to be transparent with family members (such as beneficiaries) so conflict can hopefully be minimized during difficult times and end-of-life issues. FBN

Jenny Staskey, CPA, CFE, CDFA is a Certified Fraud Examiner and Certified Divorce Financial Analyst. She routinely provides forensic accounting and litigation support services in  civil, criminal and family law matters in Northern Arizona. She can be reached at 928-814-8569 or via email: Jastaskey@gmail.com.