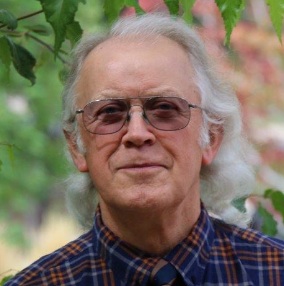 Unless we purposely seek out high-risk endeavors, most of us lead lives far calmer than our predecessors. We likely go to jobs where we sit for most of the day, and return home, possibly to families, where we also likely sit for long periods. For bodies and minds that evolved to endure great danger, modern life should be a cakewalk. Yet, across fields, healthcare professionals are battling the effects of stress-related pain or disorders from clients with a wide variety of lifestyles.

Three such professionals in Flagstaff have not only noticed the effects of stress, but offer a specialized approach to helping clients manage them.

Co-owner of CoreBalance Therapy, Jay McCallum, DPT, has been practicing physical therapy for the last 20 years. Understanding why someone is in pain is more complex than merely asking where it hurts, he says.

“Pain is not simply about how badly damaged a tissue is. One of the things that seems to really influence how [pain is] experienced is how stressed or anxious or depressed a person is. In fact, depression is a better predictor for back pain than an MRI. There seems to be a relationship between emotional pain and [physical] pain in many of our patients. So, the first step is just getting people to recognize that.”

That could mean simply telling your physical therapist if you have a history of depression. “Just asking, ‘Do you feel like you’re depressed?’ is a pretty good screening,” noted McCallum.

“The other things that can make it apparent is when we ask, ‘What makes it worse?’ or ‘What makes it better?’ When the discussion runs to, ‘Well, it hurts when I’m stressed’ or ‘It’s worse when I’m anxious or worried,’ then that’s an opportunity.”

While physical therapists are not trained to treat depression, it does help in solving the puzzle of back pain.

If a client struggles with depression, stress or anxiety, “I can’t just treat them with a mechanical solution. There often is a role for medication in the management of pain as well as other lifestyle changes.”

From McCallum’s point of view, one of the biggest lifestyle changes a client can make is with exercise.

“It’s fairly easy to show that people who exercise more consistently are less likely to have episodes of pain. Exercise is a good antidepressant, so it’s probably on par with many medications for management of depression.”

And the best exercise is whatever you’re likely to stick with.

In addition to exercise, mindfulness is a very effective means to combatting stress, according to Paul Kulpinski, LMT, owner of Mountain Waves Healing Arts and holistic health practitioner.

“Stress isn’t something you can eliminate, but stress is something to redefine,” explained Kulpinski.

“[It’s] a catalyst for making a choice and that choice requires that an individual be present and self-aware in the moment in order to recognize what their choice is. Too often, stress pulls people out of the moment and we have reactions to things or memories that are coming out of the past or anticipatory responses for future events that want to be avoided.”

Several things he recommends are: 1) proper belly breathing, which counteracts cellular inflammation caused by histamine; 2) going to sleep earlier in order to not feel as rushed in the morning; and 3) going on regular social media “fasts” in order to combat that sense of having to keep up with everyone else.

In fact, navigating those perfectionist feelings will help considerably in combatting stress.

“What I try to remind people when they’re struggling with perfectionism is to just be you to best of your ability. That’s perfectionism right there. And get comfortable with all of the stuff that’s messy or untidy in your life because, even though it’s messy and untidy, it’s still working for you. Because if it wasn’t working for you, you’d get rid of it.”

Kulpinski also helps demystify the process of mindfulness and meditation to show clients how it can easily become part of their lifestyles.

“Meditation is simply a focal point. It’s a way to mindfulness, but so is exercise. It’s a mistake to assume all meditation looks the same. Find a focal point that you resonate with. Maybe it’s sound, texture or breath. You don’t have to look like a Buddhist monk.”

For those battling with extreme forms of stress, such as post-traumatic stress disorder (PTSD), licensed psychologist Larry Stevens has found positive results through Eye Movement Desensitization and Reprocessing therapy, or EMDR. Having worked with veterans suffering from PTSD for more than 40 years, Stevens has sought out therapies that are not only effective, but also have established research efficacy.

Experienced with both Cognitive Behavior Therapy (CBT), which focuses on managing thoughts, and Exposure Therapy, which safely and repeatedly exposes a patient to a stimulus in order to reduce its threat, Stevens has found that EMDR is not only a faster, more efficient form of therapy, but it also can lessen the risk of re-traumatizing the patient than other approaches. In fact, according to Stevens, VA centers are now authorizing practitioners to practice EMDR.

Stevens explained how EMDR works: “Because human beings can only process one thing completely at a time, an EMDR practitioner will have patients bring up the traumatic event, then simultaneously move their eyes back and forth. By trying to do two things at once, you’re saturating the working memory and the traumatic event gets weakened. Then additionally, the bilateral eye movement stimulation of the brain makes more constructive and positive associations to the trauma available to the PTSD patient.”

Because of his beneficial findings with EMDR thus far, Stevens is currently seeking funding from the Department of Defense to ask specifically why EMDR is so effective in treating PTSD. He believes a better understanding of the therapy will result in its improved usage.

Of his work, Stevens sais, “I consider it an honor to work with military veterans. They won’t lose their memories, but my hope is that every veteran will come to think, ‘I served my country with dignity and honor. I did the best I could to protect my fellow soldiers.’” FBN