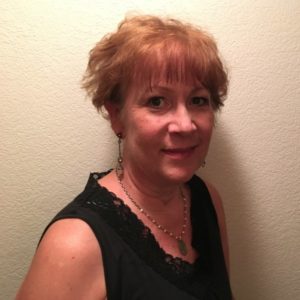 The end of summer and the start of a new school year is an exciting time for most children. But for some, the beginning of school could reveal a dark secret when signs of abuse and neglect these children have suffered over the summer are noticed by teachers, staff and other parents.

“Because children can be subject to less adult supervision during the summer, reports of suspected abuse and neglect can spike at the start of the school year,” said CASA of Coconino County Coordinator Amber Martin.

Many of the children who are confirmed as victims are removed from their homes and placed into foster care – often far from their friends, families and schools. CASA (Court Appointed Special Advocate) volunteers from CASA of Coconino County are specially screened and trained to speak up for abused and neglected children who, through no fault of their own, end up in the foster care system.

“Being uprooted from their homes and families is scary for these children. We at CASA of Coconino County want to make sure that they do not get lost in the overburdened foster care system,” Martin said. “For that reason, we need more people in our community to speak up and make sure these children’s voices are heard. We want to help ensure that their stay in foster care is as short as possible and that they are reunited with their family or placed in safe, loving homes quickly so they can begin to heal.”

There are 206 children in the child protection system in Coconino County and only 45 CASA volunteers to advocate for their best interests. Our 45 volunteers are currently working with 67 children (out of the 206 who need a CASA) in 39 of the 118 open cases. The need is great.

“Too many children are forced to go through the chaos of moving through the child protection system alone,” Martin said. “CASA of Coconino County needs more volunteers to step up and be a voice for children who desperately need them.”

Jay Rominger grew up in Arizona and after 15 years out of state with the FBI returned to Arizona to do 11 years of FBI work on the Apache Reservation. He was looking for a way to give back to the community and became a Court Appointed Special Advocate (CASA) for Navajo County. Rominger was paired up with eight-year-old Michael who had already been in the foster care system for five years after suffering years of abuse and neglect. As a CASA volunteer, Rominger provided Michael someone to talk to and was an advocate for him in court proceedings.

Five years later, Rominger retired and returned to his childhood home of Flagstaff where he now volunteers as a CASA. Rominger has been a CASA volunteer for 10 years. As a CASA volunteer, he advocates for children’s needs in court and in the child welfare system. He helps them through their struggles in foster care. His number one goal is to help the children find a safe, loving family. Rominger and Michael recorded a marketing video, which can be viewed at azcourts.gov/casa/Volunteer-Stories, and azcourts.gov/casa/CASA-Videos. You are invited to talk with Jay about his CASA experiences at jrominger@gmail.com.

“We need more dedicated CASA volunteers like Jay and Becky to walk with children every step of the way and ensure that they are placed into safe, permanent homes as quickly as possible,” Martin said.

This school year, become a CASA volunteer and help children in need find safe, permanent homes. For more information, visit azcourts.gov/casaofcoconinocounty, call CASA of Coconino County at 928-226-5422 or e-mail me at LPayne@courts.az.gov. FBN