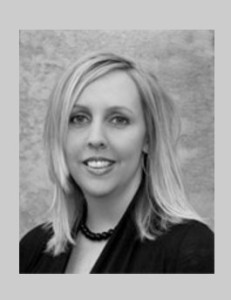 The age-old question looms. What can I expect for the future of the real estate market? The crystal ball would’ve come in handy several times now in making attempts to answer this question; however, what we can rely on best is history and current economic situations.

Coming up on almost a decade since the global economy collapse, everyone still gives off a look of cringe and fright when it’s mentioned. Logically, it all made sense. It was a scientific issue: what goes up, must come down. Having lived it, emotions far outweighed science when we were in the middle of it all. Extreme caution and a bit of overcorrecting followed. Once we were able to balance everything out, the real estate market has been steady, flowing and capable for the last few years. It’s risen. But not at an alarming rate. Coming off of a great 2016, at least as far as closed sales go, here are some things that will affect the market this year.

Interest rates. Only having endured a rate increase twice since 2006, this is something we’ve grown accustomed to: low interest rates. Even the slightest rate increase will change the way people purchase homes. Initially, if there is a known rate increase headed our way, it could mean a surge of buyers getting in before the rate hike. Once the rates go up, cautious buyers will stay away from anything that could mean a larger monthly payment. Many sources point to the Federal Reserve Board raising rates as many as three separate occasions in 2017.

A trend that Flagstaff can expect is another surge of buyers that are battling two issues. One: the heat from the Valley, which usually fuels a good source of business in our summer months. Traditionally, once temperatures soar above 110 degrees, Flagstaff realtors will be put to work looking for the quintessential “cabin in the woods” or turnkey condo, anything to escape the heat. More affluent buyers will be looking for custom homes in any of the three gated golf communities or one of the beautiful homes on some acreage around Highway 180. The second buyer we expect to see a lot of would be the parents looking to house their college student. With Northern Arizona University admitting students and growing exponentially in the upcoming years, where to put all of these students is of concern. Of course, the answer can lie in one place: real estate. Buy real estate, the most sound, most conservative, oldest investment there is to make.

Another trend that Flagstaff can expect to see is a rise in new home sales. New construction is one of the most exciting and important avenues available to realtors today. Knowing the new home communities and where the building will be taking place is of extreme importance. Inventory in Flagstaff is low right now. With low inventory comes the problems of buyers perhaps losing out on a deal or two because of multiple offers. New constructions becomes a viable solution to those buyers that have lost out, provided the buyer can wait the six or more months it takes for a new home to be completed.
At the end of the day, buyers will buy and sellers will sell. Our job is to artfully unite the two and protect each client along the way. Realtors have the duty to stay current on continuing education and know their market in which they sell. FBN