You are here: Home / Columnists / Fentanyl: Understanding the Dangers 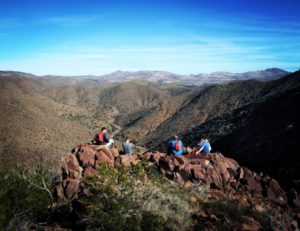 Encountering fentanyl may be more common than you think.

More than 200,000 students recently returned to Arizona’s three public universities. As students return to school, the temptation to use substances will rise. This behavior is now more dangerous than ever as the synthetic opioid, fentanyl, is becoming more prevalent in commonly abused drugs.

According to the Centers for Disease Control, more than 150 people per day die from fentanyl overdoses. Understanding the dangers and the symptoms of fentanyl overdoses can greatly help in getting the medical attention one needs in case an overdose takes place. Let’s look at what makes fentanyl so dangerous and what can be done if you or a friend experience an overdose on this synthetic drug.

What Makes Fentanyl So Dangerous?

Fentanyl is a synthetic opioid 100 times stronger than morphine. The drug is a major contributor to nonfatal and fatal overdoses across the United States. Most cases of fentanyl-related overdoses are caused by illegally manufactured fentanyl that is distributed through illegal drug markets because of its heroin-like effects.

Because of its extreme potency, fentanyl is often added to other drugs such as Xanax, Oxycodone and Adderall, making these drugs even more dangerous when not taken under the supervision of a physician. Drugs may contain deadly amounts of fentanyl that can go completely unnoticed because you can’t see it, taste it or smell it. It is nearly impossible to tell if a drug is laced with fentanyl unless it is tested with fentanyl test strips.

Encountering fentanyl may be more common than you think. Arizona authorities have seen an influx of fentanyl in the state in the past year and are expecting an increase in overdoses from the drug. According to the CDC, fentanyl is the leading cause of death among adults ages 18 to 45 in the United States.

The U.S. Drug Enforcement Administration recently reported that nearly half of all counterfeit pills tested contained lethal doses of fentanyl. This is alarming because it is difficult to distinguish genuine pills from their counterfeit versions. People must understand that if a pill doesn’t come from a physician’s prescription it is most likely laced with traces of fentanyl that can lead to overdose and possibly death.

Fentanyl works by chemically binding to the opioid receptors in the brain that control pain and emotions. Effects of fentanyl include drowsiness, nausea, constipation, sedation, confusion, respiratory depression, unconsciousness, coma and potentially death. If you suspect a friend or family member has been exposed to fentanyl, there are a few key signs to check for. Small, constricted pupils, blue or grayish lips or fingernails, shallow or no breathing, gurgling, wheezing and no response to a stimulus are all signs of a fentanyl overdose. If these signs occur, seek medical attention immediately.

While exposure to fentanyl can be lethal, there are things that can be done to help protect yourself, your friends and family. First, assume any pill or drug not prescribed by a physician and purchased from a pharmacy may contain fentanyl. This includes Xanax, Oxycodone and Adderall. Secondly, if you or a friend is using recreational drugs, carry naloxone, also known as Narcan, and know how to use it. Naloxone is an FDA approved medication that can temporarily reverse the effects of an opioid overdose. Naloxone is typically administered through a nasal spray and sometimes as an injectable. This medicine helps temporarily reverse the effect of the drug but wears off quickly and may require multiple doses for a fentanyl overdose. If a friend experiences an overdose, call 911 immediately and then administer the naloxone. Lay the person on their side in case they vomit and do your best to keep them awake. Stay with the person until medical assistance arrives. Speak with a pharmacist to learn how to use naloxone properly.

As reports of fentanyl overdoses continue to rise throughout Arizona, it is important to understand how the drug works, its symptoms and what to do in case of an overdose. Remember to never use any drug not prescribed by a doctor and purchased directly from a pharmacy. If you, a friend or family member is suffering from opioid addiction, seek treatment and speak with a physician. FBN

Roy DuPrez is the CEO and Founder of Back2Basics Outdoor Adventure Recovery in Flagstaff, Arizona. DuPrez received his B.S. and M.Ed. from Northern Arizona University. Back2Basics helps young men 18 to 35 recover from addiction to drugs and alcohol.

Back2Basics is an adventure recovery program, up to six months, for young adult males ages 18-30 with substance abuse issues looking for a positive and meaningful life. In our program, clients are exposed to a weekly combination of both wilderness adventures and residential programming. For more information, visit back2basicsoutdooradventures.com, call 928-814-2220 or email rduprez@b2badventures.com.