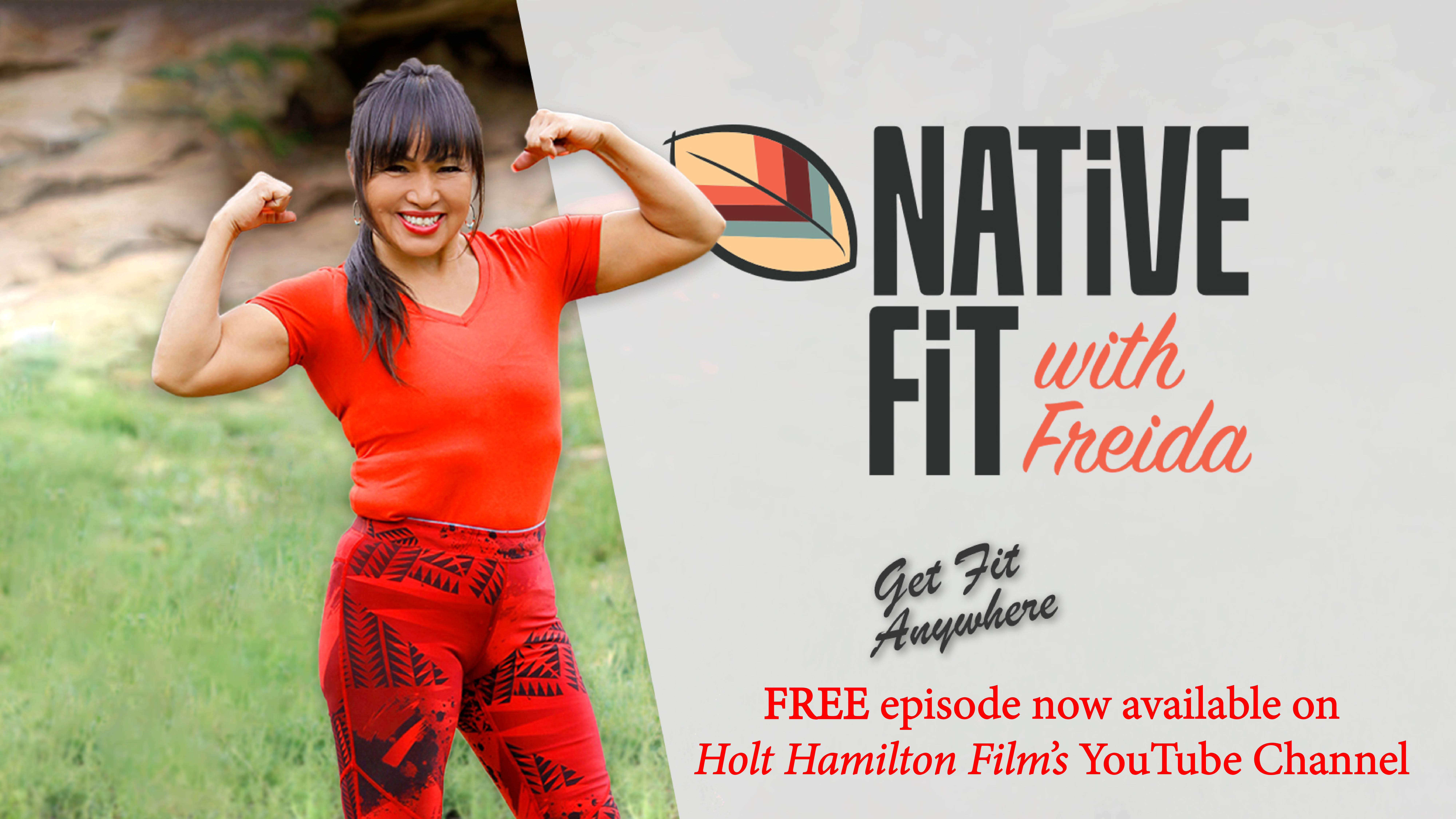 Holt Hamilton Films, which created award-winning movies More Than Frybread, Turquoise Rose, Legends from the Sky, and other indigenous family classics, has jumped in the fight against Coronaviris Covid-19 by offering an episode of its first fitness series “Fit with Freida” with Freida” episode #02, “Fat Burn Sack Attack,” for free on Holt Hamilton Films YouTube channel.

The series, which contains 16 half-hour episodes of heart-pumping exercise filmed entirely on The Navajo Nation – sometimes in traditional hogans as well as in the scenic outdoors – was available only on DVD until recently when Filmmaker Holt Hamilton decided to release an episode online.

“I’ve wanted to do something to help fight against Covid-19 and just haven’t found the way to help until now. The thought came quietly to my mind that I should simply put an episode on YouTube. I am learning the power of running and exercise and how that can calm and strengthen the mind while encouraging insights and positive thoughts into what I can and cannot change.”

Elfreida Barton, an enrolled member of the Navajo Tribe, hosts the series. “I couldn’t have found a better person, both from a fitness perspective, a culturally sensitive perspective and one who cares deeply about her Native people’s health and well-being, to host this first season,” said Hamilton. “She lives, breathes and, I’m confident, dreams this stuff! Early in the process, I shared my vision of the series with her – and then quickly got out of her way.”

The series has been available on DVD for more than six months, but according to Hamilton, “hasn’t really gotten much traction in Native country.” He did mention one community, Salt River Pima-Maricopa Indian Community, which “really grasped the vision of what we were trying to do and has incorporated it positively into their vibrant health and wellness programs as a supplementary tool to support their established programs.”

Hamilton also has spoken to a number of other tribal communities. “We still have strong hope to get this series into homes where it has great potential for positive change.”

Hamilton says if there’s a positive response to streaming this first episode, he may continue to roll another episode out after that. “I made this series with the intent that lives would be blessed for the better. Now may be the time for us as humans to really buckle down and take a serious look at our health and what we are doing for ourselves, especially in our current situation.”