By FBN on February 9, 2015 in Business Calendar, Local News 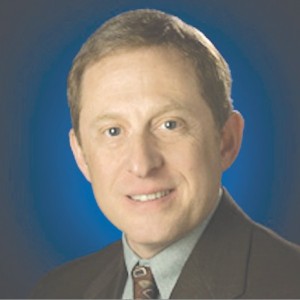 The eyes of the world look toward Pluto this year as the New Horizons space probe culminates its nine-year journey to that icy body. This will mark the first close-up view of Pluto and both scientists and the public are gearing up for the much-anticipated flyby in July. Flagstaff, the home of the Lowell Observatory, where Pluto was discovered, will celebrate this historic achievement in a variety of ways, from educational to gastronomic.

Lowell Observatory has designated 2015 as the “Year of Pluto” and has created an entire marketing campaign around this theme, complete with the social media hashtag #YearofPluto. Lowell will host a series of programs, tours, and other activities throughout the year, kicking off with a presentation by New Horizons Principal Investigator Alan Stern on Feb. 21 at the Orpheum Theatre.

Stern is a leading planetary scientist with strong opinions on topics ranging from America’s role as a leader in scientific exploration to the proper designation of Pluto (he openly argues that Pluto is, in fact, a planet). He served as NASA’s top-ranking science official for two years and in 2007, was listed by Time as one of the 100 most influential people in the world. He currently leads the research and development efforts at the Southwest Research Institute’s Space Science & Engineering Division in Boulder, Colorado.

Of the importance of the mission to Pluto, Stern said, “New Horizons is epic in its journey and the audacity of the exploration, and it’s a great example of America on its game in the 21st century, making history and doing something, to borrow from Apollo, peaceful but done for all mankind.”

This program at the Orpheum symbolically connects the past to the present, as Lowell Observatory’s Clyde Tombaugh watched a movie there the night he discovered Pluto in 1930, and now, 85 years later, Stern will share the latest scientific insight into this world while prepping the audience for the July flyby. Ticket prices for Stern’s presentation range from $6 for youth to $25 for a pre-program meet-and-greet. The presentation begins at 7 p.m. Tickets may be purchased on the Lowell’s website at www.lowell.edu.

Lowell Observatory Director Jeffrey Hall said, “It’s quite an opportunity to hear the leader of the entire New Horizons team tell us about the mission. It takes an enormous amount of dedication and perseverance to pull off a project like this, and what better place to hear about it than in Pluto’s hometown?”

Lowell will be joined by other organizations in celebrating Pluto. For instance, Flagstaff’s award-winning vehicle for the community-wide celebration of science, the Flagstaff Festival of Science, will be featuring Pluto during the 26th annual festival. This runs from Sept. 18-27 and offers more than 80 events, all free. The 10-day event currently is in the planning stages and will be unveiled this summer.

Local restaurant Karma Sushi also is getting in on the Pluto action with the Pluto Roll. It is stuffed with tempura lobster, snow crab, cream cheese, vegetables and sauces.

Karma Sushi’s interest in Pluto goes beyond ordinary community pride. Owner Steve Scully explained, “We’re proud of Karma Sushi’s historic location and the various businesses that have inhabited the building since the late 1800s. But Pluto? It wasn’t precisely in the orbit of our daily lives until [a staff member at] Lowell Observatory pointed out that Clyde Tombaugh ate lunch at the Black Cat Café, where Karma is now located, on the day he discovered Pluto. Once we heard about the connection, we knew there had to be a Pluto Roll on our menu!”

Local Pluto enthusiasts would no doubt agree that all of these Pluto-themed activities in Flagstaff are appropriate, as Flagstaff and Pluto share a kind of brotherhood, entwined in the minds of scientists and the public alike. Virtually every major scientific discovery relating to Pluto has Flagstaff ties: Tombaugh’s 1930 discovery of the “ninth planet,” Jim Christie’s detection of its largest moon, Charon, in 1978 at the U.S. Naval Observatory Flagstaff Station (NOFS), and the discovery of Pluto’s atmosphere and additional moons by teams including Lowell scientists.

Today, Lowell’s Will Grundy serves on the New Horizons science team. Other scientists from the U.S. Geological Survey, Northern Arizona University and the NOFS support the mission for other Pluto research. It may be three billion miles away, but 2015 may well reveal how close Pluto is to the hearts and minds of the Flagstaff community. FBN