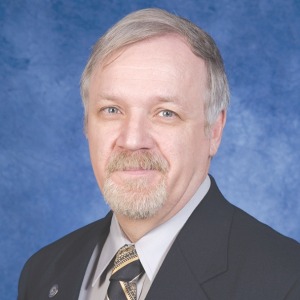 We have always known that Flagstaff is a First Class Community, but now our air service is, too! On Nov. 30, American Airlines replaced the Bombardier CRJ-200 with the larger bombardier CRJ-700. The larger CRJ-700 has 70 seats, compared to the 50-seat CRJ-200. Best of all, it has a first class section. This means if you book a first class flight from Flagstaff to London on American Airlines, you will be first class all the way!

In just a few years, we have seen quite a steady growth in the type of aircraft we receive to fly out of Flagstaff. Not that many years ago, Cessna Caravans with nine seats were being replaced by 19 seat Beach-1900s and Swearingen Metroliners. The comfort level of the Caravans was not in the same class as the CRJ-700 first class section. They were bumpy, with very poor air conditioning, and took longer to get to the final destination. Now, our current flight time to Phoenix averages 25 minutes, and once you clear security in Flagstaff, you don’t have to go back through security in Phoenix.

The larger CRJ-700 not only transports more people, but also has more powerful engines requiring less runway for take-off. This should help during the summer months when the rise in temperature can affect takeoff from Flagstaff. As the aircraft increases in size there is an impact on everything the airport does. The change from the 38 seat Dash-8 aircraft to the CRJ-200 a couple years ago was a major change for the airlines. The runway requirements for the CRJ-200 was about 1,000 feet more than the Dash-8. Fortunately, during the last Airport Master Planning, this had been foreseen and the runway was extended to 8,800 feet. Going to the 70-seat aircraft has required a review of the terminal and how it functions. This aircraft for example is 19 feet longer. That extra length requires us to change how it is parked during onboarding/disembarking from the terminal.

The airlines are not as forward with information such as routes or different aircraft. This requires airport staff to keep on top of the industry trends and try to predict what is coming next. In preparation for the future, the airport has begun a new Master Planning process. An Airport Master Plan is different from our Regional Plan. We do not establish criteria for what is or isn’t built on the airport. We review the past, and take into consideration the needs of the future. Then we try to outline how we meet those needs with the facility growth. After that, we put together a list of projects and prioritize them to where the need is most crucial. The final Master Plan is approved by the Federal Aviation Administration, because that agency will be partnering with the airport to fund the majority of these projects. Watch for future public presentations of the Airport Master Plan.

Barney Helmick is the Airport Director.

One Response to Flying First Class in Flagstaff