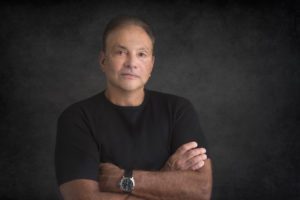 If Fred Stuvek, Jr., were your job coach, you would no doubt show up early, stand up straight, shoulders back and answer confidently and loudly “yes, sir” to whatever advice he is offering.

Stuvek is a take-no-prisoners, accept-no-excuses kind of guy who plays tough and aims to win. He has been inducted into the Pennsylvania Sports Hall of Fame for achievements in football, basketball, baseball and track, and graduated from the U.S. Naval Academy after lettering three years as quarterback for the Midshipmen. This former Naval officer transitioned into the business world, where he held commanding positions around the world. He also created and sold an international medical imaging start-up and earned an MBA in his spare time.

So, do you want to complain about how difficult the job market is during a global pandemic, battered economy and record unemployment? I didn’t think so.

Just as Tom Hanks told us “There’s no crying in baseball,” you might expect Fred Stuvek to say, “There’s no whimpering in an economic crisis.”

Instead, he wants you, along with recent graduates or anyone making a fresh start, to get your head right to get what you want in life. Whether he’s speaking to you from the war room, the boardroom or the locker room, Stuvek delivers straight talk for tough times and a strategic road map for you to succeed. Is that clear?!

All right, then. The margin of error in the battle for jobs is narrower than ever, he says, so “Don’t F*** This Up!” That is the name of his new book.

“I’ve been fortunate to have had a range of experience – athletic, military and business – and the one thing I’ve found is that success is not one-dimensional. It entails a number of components that have to be there,” he says. “These same principles can be applied anywhere for anything.”

Stuvek’s book begins with finding something you believe in and getting good at it. But, first and foremost, he wants you to believe in yourself.

“The single most important quality for achieving any degree of success and happiness is belief,” he writes. “This simple word is one of the most powerful words in our vocabulary. It is the central force behind success, and it is the key trait found in every accomplished person. If you do not believe in yourself, how do you expect someone else to believe in you? Without belief, you will never realize your full potential.”

Believing in yourself and building the self-confidence to do so, he says, is about developing a positive mindset, practicing good habits and making good decisions. “A person who believes in himself or herself cannot be defeated. They have a warrior mindset.”

Physical fitness, he contends, plays into the development of self-confidence, as it creates more energy, concentration, creativity and a sharper memory.

“At the Naval Academy, part of selection and training involves what is called the ‘whole-person concept,’ with emphasis on the importance of being well-rounded and well-trained mentally, physically and spiritually. An individual who keeps all three of these areas in balance is more productive, more efficient and a better teammate.”

Getting in Fighting Condition

Stuvek wants his readers to be at their best. That, he says, requires an honest assessment – knowing what motivates you, along with your strengths and weaknesses. “You have to be realistic about your skills and willing to fill in the gaps. When you are applying for a job, you’re not going to have all the boxes checked. You may need to improve or develop your skill set.”

He shares a personal story about motivation and action when he decided to earn his MBA. “I was sitting in a meeting in a corporate office when the company leaders were talking about positions and what candidates needed to be successful. One said, ‘Fred, you’ve got your MBA, right?’ My answer was, ‘Not yet, but it will be finished in two years.’”

When he left the office, he drove immediately to a university. Before he was even accepted into the Master of Business Administration program, he was sitting in on classes. “If you believe you have a shortfall in some areas and you have control over that, take the initiative and do it.”

For those who say they don’t have enough time to improve themselves, he has this to say: “That is often code for ‘I am not organized, and I don’t know how to plan.’”

The book covers the importance of getting a resume in order and incorporating your network, including family members, instructors and former employers, to open the door to an interview and potential employer, rather than sending out hundreds of applications on the internet.

Finally, Stuvek wants you to understand that today’s job market requires a thick skin. He wants you to get tough and adopt a never-ever-give-up mentality.

“Accept the fact that this is going to be a lengthy process with disappointments. You’re going to have to face rejection and you can’t take it personally.”

He reminds us that everyone is dealing with the same challenging economy, “but many do not have the focus, self-discipline and determination to follow through and do what is necessary to lift themselves above the fray.”

To make you combat-ready, Stuvek is on standby, prepared to initiate basic training. “Don’t F*** This Up! How to Get What You Want in Life” is available on Amazon. FBN