You are here: Home / Community Profile / Helping Small Businesses at the State Legislature 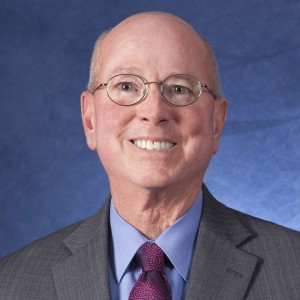 Working on a bill in the state legislature has been an interesting experience. First, let me tell you about the problem I am trying to solve, then I will get to the legislative process.

If you are a small business that needs some retail or office space, you will know the problem. A landlord shows you some rental space that has a front door, four walls and a restroom. You need to build some partition walls, move a few lights, add a sink, and you will be ready to do business. You go to the city building department to get a permit and you are told you must have an architect draw the interior plans. What?! For these simple non-load bearing non-structural changes? Why an architect? Why not a commercially licensed general contractor? You are told by the city staff, “Because that is the state law.”

That state law will cost you at least $1,500 and three weeks and you must find an architect to do a small job. This is happening all over the state. So, a while back, I concluded that the state law requiring an architect to draw all commercial building plans should have an exemption for tenant remodeling of less than 3,000 square feet where no load bearing walls are involved and no ADA changes are needed.

I got our state representative, Brenda Barton, to “drop” a bill at the beginning of the 2016 Legislative session to make this small exception to the state law.

All bills are first referred to a committee of seven to nine members. A proposed bill has to be approved by the committee or it generally won’t go any further. Our bill went to the Commerce Committee of the House.

I went to Phoenix to make my argument before the committee that this bill would help small business and would not jeopardize safety. A commercial contractor has to do the work. The city building inspector has to approve the work. Flagstaff Building Official Mike Scheu also spoke in favor of the bill as did Representative Brenda Barton.

In my column in the next issue, I will tell you what happened and more about the Legislative process. Hint: Nothing is easy! FBN

Jerry Nabours is the Mayor of Flagstaff. Any opinions in this column are those of Jerry Nabours and not necessarily the views of the City Council