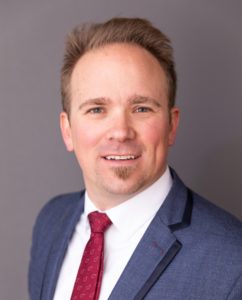 It is NAU’s mission to ensure students and scholars have opportunities to travel, study and do scholarly work abroad. It is equally important for those of us in Northern Arizona and NAU to have the same access to outside intellectual capital – for scholars and researchers from around the world to come here, study and enhance the campus-learning environment.

NAU offers opportunities to students and faculty with more than 120 partners around the world, and nearly 1,000 students from NAU’s campuses study abroad in Europe, Latin America, Asia and Africa. This fall alone, NAU welcomed more than 600 new undergraduate and graduate international students to our campuses.

In addition to the academic benefits of these partnerships, international students and scholars have a tremendous financial impact in our region. A 2016 Alliance Bank Economic Impact Report estimated that the 1,300 international students who study at NAU contribute nearly $50 million in annual economic impact to the state and contribute to the creation of more than 600 jobs each year for Arizonans, most of those jobs located right here in Northern Arizona.

This economic impact transcends the local economy. Research dollars from projects with universities and foundations around the U.S. and across the world strengthen our academic programs, attract outstanding students, help our institutional ranking and the overall health and resilience of our community and university.

Recently, NAU secured a $1 million mega grant for the opening of a joint lab in Siberia, Russia, in partnership with Tyumen State University. President Cheng, Forestry Professor Rich Hofstetter and I were honored to attend this historic event and through this partnership, forestry researchers and students have broadened and strengthened their research and opened new possibilities for discoveries that benefit Flagstaff and communities around the world.

Last summer, NAU signed an agreement to bring a master’s degree in public administration to students in China. This partnership will open the door for NAU faculty to teach in China – and for Chinese students to come to NAU.

And, NAU has a strong partnership with a number of universities in Mexico – educational partnerships in energy, hospitality and biological sciences that strengthen cross-border collaborations between Mexico and the state of Arizona.

These are just a few examples of hundreds of collaborations that exist with our global partners. I believe the future of NAU is bright and I say with confidence that our international engagement – and our leadership’s pursuit of gains in this area – only stands to benefit our institutions, our communities and, ultimately, our student experience. FBN

Understanding the Value of Baseline Hearing Tests
Being Kind: A Realtor’s Perspective