You are here: Home / Local News / Making Memories with Mahomes, Momoa and Murray 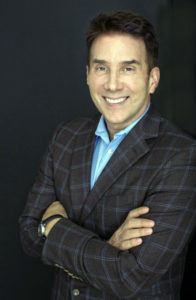 The much-anticipated Super Bowl LIV did not disappoint, as more than 100 million viewers watched two American favorites compete. We’re talking, of course, about rapper Lil Nas and actor Sam Elliot staging a dance off in the Old West for all the chips, the Doritos chips. So, was it a surprise that Lil Nas won? Probably not. But it was a surprise that Billy Ray Cyrus witnessed the contest as the guitar-strumming cowboy minding his own business at the Cool Ranch.

And that’s why we watch, says sales expert John Livesay. We want to be engaged in a story and we want it to be clever.

Whether it’s Cheetos and MC Hammer telling us, “You can’t touch this,” or Tide telling us we can’t wash this, or Boston celebrities telling us we can’t “pahk” this, companies pay an average of $5 million for a one-minute chance to be memorable, likeable and marketable.

“Kudos to Hyundai for creating a tagline, as well as the laugh line, with Smaht Pahk,” said Livesay.

Why is the Super Bowl such an important playing field for advertisers? Livesay says it’s because the game is one of the few times we’re still brought together at a live event and watching in real time. “It’s like a story that you don’t know how it’s going to turn out: our senses are open, we’re emotionally engaged and we’re at the edge of our seat, which transfers to the commercials. That’s what makes the Super Bowl so valuable to advertisers.”

Businesses can take a lesson from this year’s Super Bowl champions, like snack brands and automakers. “No matter what you’re selling – a car, a new technology, media, or yourself – you’re somewhere on the ladder to be climbed from invisible to irresistible,” he said. “Show people that you understand them better than anyone else and you’ll become the irresistible – or most memorable – brand that they need.”

For example, Microsoft offers an irresistible story about a kid with a dream. We understand the challenges of an unlikely hero, or in the case of Katie Sowers, a little girl who wanted to be a football coach. In this real-life story, the offensive assistant coach for the San Francisco 49ers takes us through her childhood and love for football to that very historic day last month when she became the first woman ever to coach in the Super Bowl.

Livesay applauds this ad. “When you tug at people’s heartstrings, they tend to open their purse strings.”

But Google wins the ticker tape parade for best commercial on Livesay’s list. The ad tells the story of “Loretta.” Her elderly husband asks Google Assistant to display stored memories of his late wife. “It’s telling a story of a life that’s well-lived and using Google as solving a problem with a solution that didn’t exist years ago,” said Livesay. “Google is the hero in that story.”

And, sure, some might argue Kansas City Chiefs Quarterback Patrick Mahomes was the hero of the day, Livesay congratulates both Google and Microsoft for mastering the four essential components to a magnetic story: exposition, problem, solution, resolution.

“Exposition paints the picture. Problem adds a little bit of drama or conflict. Solution solves the problem. Resolution is what life is like after this story has taken place,” he said.

While Jason Momoa demonstrates how Rocket Mortgage makes him feel comfortable in his own home, and in his own skin, and Bill Murray celebrates Groundhog Day with Jeep’s mini remake of the iconic film, which was released on the actual Groundhog Day, Livesay says the best advertisers make viewers feel like they are a part of the story.

For more insight into what makes a great ad, Livesay’s book, “Better Selling Through Storytelling,”is available in hardback, ebook and audiobook through Amazon, Barnes & Noble, and other retailers. FBN