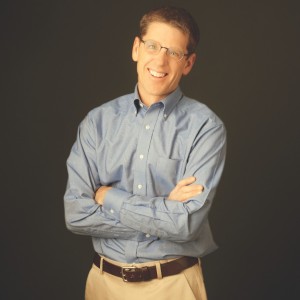 Over the Thanksgiving holiday, my daughter arranged for us to take a tour of the University of Arizona slaughterhouse in Tucson to see where her adorable little 4H lamb went to die after being sold at the county fair. Her goals were to understand the process of killing and packaging domestic livestock animals as well as to convince me never to eat meat again. “How can you call yourself an environmentalist if you eat meat, Dad!”

She is right. Domestic livestock production is the most resource consumptive means of making food as well as one of the most abusive systems when it comes to animal welfare.

According to research by Farm Animal Investment Risk and Return (FAIRR), animal factory farming is exposed to 28 environmental, social and governance risks that have the potential to significantly damage financial value. For example, an animal welfare scandal at Hallmark/Westland in 2012 caused the largest meat recall in U.S. history of 143 million pounds of beef, and the bankruptcy of the company. These risks and resulting losses are inherently passed on to investors.

Culturally, we are becoming more concerned about the quality of our food: we care about how animals are treated, we want grass-fed, cage-free, free-range, organic, hormone-free, and alternative proteins, because we are understanding that the quality of our food affects the quality of our personal health and the health of the planet. We are becoming “Flexitarians.” Between 2014 and 2015, 25 percent of Americans reduced their meat intake. Meat-alternative sales increased from $69 million in 2011 to $109 million in 2015 according to FAIRR. During the same four-year period there was a global increase of 60 precent of product launches that include the label “Vegetarian.” China is encouraging its population to cut its meat consumption by half due to the rise in obesity and diabetes. Looking at the current trends, researchers project that demand for meat-alternatives is expected to grow by 8.4 percent annually over the next five years.

Consumer tastes are changing and the market is responding. In October 2016, Tyson Foods took a 5 percent ownership stake in Beyond Meat, a leading plant-based protein company. Additionally, Tyson started a $150 million venture capital fund to invest in developing breakthrough technologies, business models and products to sustainably feed a growing world population, a focus of which is alternative proteins.

Tyson’s move toward meat alternatives coincided with shareholder activism from Green Century Capital Management requesting that Tyson write and publish a report on the market risks and rewards of the plant-based meat-alternative movement. “The animal production industry is fraught with risk, from disease to scandals to the immense impacts of climate change on the supply chain,” Marissa LaFave, shareholder advocate at Green Century, told me. “For a meat company, diversifying offerings to include plant-based options is a risk mitigation tactic as well as a huge source of opportunity.”

Beef produced in a lab or “clean meat” uses 45 percent less energy, 99 percent less land, and produces 96 percent fewer GHGs. Hampton Creek, a Silicon Valley start-up, projects it will have its “clean meat” on shelves this year. Because it uses fewer resources, such as water and land and is produced without antibiotics, it is very possible that “clean meat” could be cheaper than CAFO meat in the near future.

With meat alternatives we could reduce deforestation, reduce GHG emissions, eliminate CAFOs and the animal cruelty, pollution and disease that comes with them. The animals raised for meat outside of CAFOs would have a better quality of life, and therefore produce better tasting, healthier meat. Ask any 4H kid about her market animal and she will tell you that the love and attention she provides it makes for much better eating.

The U of A slaughterhouse passed my daughter’s inspection: they treat the incoming animals well and dispatch them as humanely as possible. The operation is clean and there is a USDA inspector on site. As much as I love meat of all kinds, we don’t eat any at home anymore: we have become ethical vegetarians at my daughter’s insistence. However, I confess, I am a little jealous of the cat, who gets some form of canned meat at every meal. QCBN

What to Consider When Purchasing a Firearm
How Will You Treat Me After I Resign; Does it Matter?