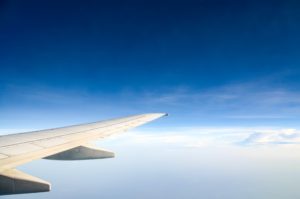 Arizona would be slated to receive more than $360 million for airport infrastructure.

Flagstaff Pulliam Airport is slated to receive an additional $7,467,240 over the next five years to make repairs and upgrades once the Infrastructure Investment and Jobs Act becomes law. The legislation has been led by Arizona’s senior U.S. Senator Kyrsten Sinema, chair of the Senate Aviation Safety, Operations and Innovation Subcommittee.

“With Sen. Sinema fighting in Washington for rural Arizona, rural Arizonans keep winning. Her leadership on the bipartisan infrastructure bill provides much needed results for Northern Arizona, including important airport improvements, and much needed broadband access and expansion. Sen. Sinema is helping narrow the digital divide for rural Arizonans, and our business communities will be better off for the work,” said Julie Pastrick, president/CEO of the Greater Flagstaff Chamber of Commerce.

Under the Infrastructure Investment and Jobs Act, $25 billion would be set aside for upgrading America’s airports. Arizona would be slated to receive more than $360 million for airport infrastructure. FBN