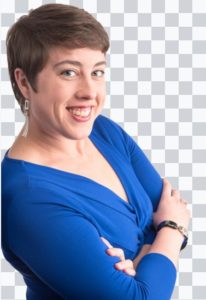 Perhaps the best way to describe work as a volunteer or public servant goes something like this: Give a man a fish, he will eat for a day. Teach a man to fish and he will eat for a lifetime. Also, keep the pond stocked so people will have a place to fish, says Sharon Tewksbury-Bloom.

“I was struck by how often their stories were about the difficulties involved,” she said.

Here is an example. A friend of hers was volunteering in Nepal when a huge earthquake struck. He started a non-profit organization to rebuild homes and schools so people would have a place to live, but the earthquake had caused so much damage that many of the young people left the village to work elsewhere, which left the workforce depleted. So, that part of the program has been difficult. Now, volunteers have set up a business raising and selling coffee as a sustainable income for the future. They don’t know if it will work, but there was a need to “stock the pond” so to speak.

“I have been interviewing him for the podcast about how hard it is to actually start a non-profit and help people thousands of miles away that will have a long-term benefit.”

Tewksbury-Bloom has had no trouble finding guests for her podcast. She said she has received a lot of good feedback and that her audience has grown.

The title on her business card is Organizational Development Consultant. She focuses her efforts primarily on public servants, whom she considers to be the backbone of the community. “I do that with speeches to inspire and motivate individuals to help them build relationships and embrace change.”

Tewksbury-Bloom spoke recently at the International Speakers Association Conference in Dallas. “I was speaking to people about becoming a speaker. It was nerve wracking,” said the member of the association.

Tewksbury-Bloom’s was a child when she delivered her first speeches. “I have always had an interest in public speaking. When I got older, I joined Toastmasters to hone my speaking skills in the story-telling competition.”

The best thing about story-telling is evoking a certain emotion in her audience, she says. “I want to get across the story and evoke emotions, so people connect with my message. When crafting an outline, I asked myself what emotion I want my audience to feel.

Tewksbury-Bloom’s is a third-generation government employee. “That is the family business,” she says.

Both of her parents worked for the federal government in Japan after World War II. Her grandmother did, also. She says her great grandmother, born in 1900, was widowed young and went to work in an introductory level job before advancing.

Tewksbury-Bloom grew up in Virginia and went to a science and technology focused public school. She was involved in clubs, like 4-H, Girl Scouts and student government. She majored in history in college and earned a master’s degree from George Mason in Virginia where she studied organizational development.

Now, at 34, in a world of artificial intelligence and robots she wants to help humans be better humans.

Sharon Tewksbury-Bloom, Woman of the Month, Women In Business