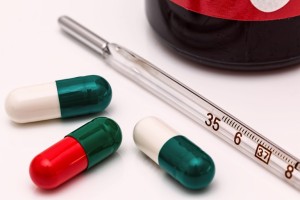 Being diagnosed with a potentially life-threatening illness is distressing enough but a dearth of cohesive services often compounds the difficulty, according to an NAU researcher.

Mary Anne Hale Reynolds, an associate professor in the School of Nursing, focuses on adults, ages 20-59, and the physical, psychosocial, emotional and spiritual impacts following a life-threatening disease diagnosis.

Reynolds’ area of expertise is palliative care, which she described as an array of services geared toward people with serious illnesses.

“The interesting thing about palliative care teams is they are almost always based in acute-care settings in hospitals,” Reynolds said. “But for people who are discharged home, then community resources become very important.”

Most people Reynolds has surveyed are unable to accurately describe palliative care, which she describes as similar to hospice services but provided on an outpatient basis through community partners over a longer period of time.

As the health care system in the United States continues to evolve, Reynolds has witnessed a move toward more palliative care, yet research on the topic is sparse.

With more people living longer with life-threatening illnesses, there is an imperative to improve the quality of their lives, Reynolds said, which could be accomplished through a robust model of palliative care.

Services could include managing symptoms and pain, transportation to and from treatments, navigating insurance and referring people to a lawyer if advanced directives are needed.

In a recent northern Arizona study, Reynolds learned about inadequacies of services for people with cancer. She discovered recurring themes among the afflicted, including difficulty maintaining employment, financial burdens and the challenge of commuting to Flagstaff for health care.

Most of the people in Reynolds’ study, which was funded by the American Nurses Association and Hospice and Palliative Nurses Association, were slow in being correctly diagnosed, postponing their cancer treatments. After a diagnosis, palliative care services could have improved their lives, she said.

“Palliative care models are all about improving people’s quality of life, not the quantity,” said Reynolds, noting that in many cases patients receiving palliative care early do actually live a couple of months longer than expected.

Reynolds wants to expand her recent research to include cardiac patients and people with other types of life-limiting illnesses. Educating primary care providers, including those in rural communities, would be a big step toward improving the quality of life for patients.

“With palliative care, it is about identifying services we have an what we need,” Reynolds said. Nurses, including Reynolds’ students, will play significant roles on future interdisciplinary teams if the healthcare system moves to a more encompassing palliative care model.

Reynolds received word this week that two of her grant applications were accepted and funding will be awarded for additional palliative care research.