You are here: Home / Columnists / Need to Sell Your Stuff? Try an Auction 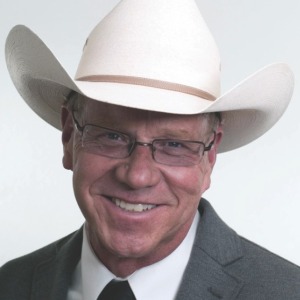 “How many dollars to bid?”

People in the crowd stand around eyeing one another. They want the kit and caboodle, but they don’t want to show their hand too early. The man with the gavel stands poised.

The cadenced voice is unmistakable to just about everybody. That voice signals that the auction and excitement has begun.

“People often don’t know that an auction is an option to sell your things,” said Colonel Russell Mann of Flagstaff Auctions. Auctioneers help people buy and sell valuables for a fee by taking out the hassle for people trying to sell valuables on their own through garage sales or estate sales.

“An auctioneer gets it done now, and during an auction, the price only goes up,” Mann said.

“People collect possessions throughout their lives,” Mann said. “Some people wait too long.”

But some don’t, he adds. For instance, Mann said that local businessman Jim Babbitt will be having an auction on Oct. 25 to get rid of possessions he has collected over the years and have been housed in places like the old Tissaw’s Sporting Goods, which he is selling. Babbitt has been collecting antiques throughout his life – he’s very much attracted to old printing presses and items from the heyday of print in addition to antique commercial fixtures when the clerk grabbed your purchases from a cabinet for you.

Mann says he is currently in the process of cataloging the Babbitt items for auction, and he’s determining the value of the items (what someone is willing to pay) and the worth of the items (what the customer believes he or she will get for items).

On Oct. 11, Mann will auction off the commercial property of a martial arts studio in Flagstaff under a landlord lien.

Auctions are better than estate sales for two reasons. First, people holding the estate sale have to sell the items themselves, and whatever they don’t sell, they have to find a way to get rid of. Additionally, at an estate sale, the prices on items can only go down. Not so with an auction.

“At an auction, everything goes in about four hours,” Mann said, adding that the prices often go higher than the customer expected. The auction company sets everything up and advertises the sale as part of the 25 percent commission.

Mann is a 1993 graduate of the Missouri Auction School in Kansas City, where he earned the honorary title of “Colonel.” The term is a historical one based on the selling of old war surplus. The term is popular in the Midwest, but not so much in the Southwest.

“It makes it easy for people to remember what to call me,” Mann said. “I think it’s an honor, too, and you have to live up to the standards of the auction business.”

People are trusting him with everything they own in some instances, and it can be up to two weeks for an auctioneer to get items ready for sale. Auctioneers have to have product knowledge and an intimate knowledge of what items are worth.

Most items are sold in box lots, mixing the valuable with the not so valuable.

“We have to sell in bulk, or we’ll be there all day,” Mann said.

Lots are sold with some bargain items in the beginning for the quick deals and valuable finds so the auctioneer can “slam the hammer” and establish a speed of the auction. As the auction proceeds, the big-ticket items are brought out. Big-ticket items, like automobiles or firearms, are often scheduled for a certain time so people can know when to show up if they want to bid on only those. At an auction there is something for everybody, some people just come for the show.

The auction process is one of entertainment and relationships, Mann said. For customers, they enjoy the bargains and the unusual items. Mann recalled a time when he sold an old desk from an estate sale, and the buyer chanced upon some gold doubloons that had been taped underneath one of the drawers.

“Those bargains are out there, and that’s what people want,” Mann said. FBN

For more information about Flagstaff Auctions, visit flagstaffauctions.com, or call “The Colonel” {Russell Mann} at 928-774-5669. Flagstaff Auctions also has a Facebook page. “That’s where you’ll know about auctions first, we start posting news and pictures of the merchandise right away, creating the buzz,” Mann said.