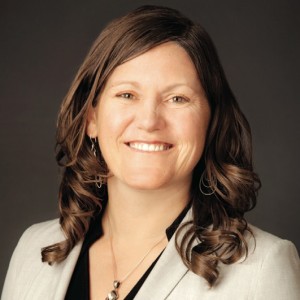 Note: On February 17 a federal judge blocked implementation of the following regulations. Additionally, Congress has threatened not to fund the Department of Homeland Security, which oversees implementation of immigration policy. At the time of printing, neither of these issues has been resolved. The following addresses the new immigration regulations that are set to be implemented once these issues are resolved.

On Feb. 18, 2015 new immigration regulations were set to take effect that would expand the previous Deferred Action for Childhood Arrivals and make many people who are not United States citizens eligible to apply for work authorization in the U.S. for the first time. Under these new regulations, many people in Flagstaff and Northern Arizona will have the opportunity to legally enter the work force.

As a bit of background, the Secretary of Homeland Security announced the original Deferred Action for Childhood Arrivals (DACA) on June 15, 2012. DACA allowed applicants who met the criteria outlined below to apply for deferred action on their legal status and for work authorization. “Deferred Action” was a delay of at least two years on any deportation or removal action by the Department of Homeland Security. People who were approved for DACA could also be approved to work legally in the U.S. for a period of two years.

The original rules for qualifying for DACA were that an applicant:

As of summer, 2014, over 680,000 people applied for DACA, and more than half a million received legal work authorization. However, many additional people who came to the U.S. as children did not qualify because they were older than the DACA regulations allowed.

This age limit changed on Feb. 18, when the first of a series of Executive Actions on Immigration that President Obama announced on Nov. 20, 2014 took effect.

Under the new regulations, an applicant must meet all of the DACA requirements above, except that the applicant may be any age, replacing the previous requirement that he or she be under 31, and may have arrived in the U.S. by at least Jan. 1, 2010. The new regulations also extended the period of deferred action and employment authorization from two to three years.

Arizona had originally refused to issue drivers’ licenses to successful DACA applicants. A federal court ordered Arizona to accept applications for driver’s licenses, and the state appealed the order. However, the U.S. Supreme Court recently refused to hear the state’s appeal, which meant that successful DACA applicants could apply for drivers’ licenses on Dec. 22, 2014.

As an employer, it is important to know that DACA applicants who have been granted work authorization are eligible to work in the same way that U.S. citizens and legal permanent residents (green card holders) are. A DACA applicant will need to note on an I-9 that he or she is “an alien authorized to work,” provide an expiration date for work authorization, and will need to provide the identification required under the I-9.

A DACA employee with a valid driver’s license may also drive as part of his or her employment. However, while successful DACA applicants are now able to get regular drivers’ licenses, only U.S. citizens and green card holders are able to get commercial driver’s licenses.

Estimates on how many new legal workers will enter our workforce in Northern Arizona under the new DACA regulations vary widely, but are likely to be thousands, with newly eligible workers helping grow our economy in Northern Arizona. FBN

Kathryn G. Mahady, Esq., is an Immigration Attorney at Aspey, Watkins & Diesel, PLLC. For additional information regarding eligibility and applying for DACA, visit AWDlaw.com, call Mahady at 928-774-1478, or email her at KMahady@awdlaw.com.