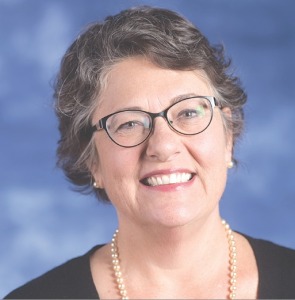 Coconino County winters are everything a snow enthusiast could want.

In Flagstaff, we get about 100 inches of snowfall annually, but are also one of the sunniest four-season destinations, with more than 260 days of sunshine each year. This, along with the altitude and mountain peaks, are attributes that are enjoyed by residents and attract thousands of tourists each year. This winter, the county will have a new designated snow play area three miles south of Flagstaff at Fort Tuthill County Park.

Developing a snow play area at Fort Tuthill was a priority for the county’s Board of Supervisors this year and the idea attracted Jonathan Allen and Josh Crane, who formed Flagstaff Snow Park LLC specifically to answer the county’s request for proposal.

Recently, the Board approved a 10-year agreement with this company to develop, operate and maintain various types of snow play activities on 15 acres located west of the Fort Tuthill campground on county land.

According to its proposal, Flagstaff Snow Park will develop a snow play area with various levels of active and passive recreational opportunities. The company is constructing 28 lanes of sledding tube runs where people will sled down on rented inflatable tubes. The company will also have food trucks and fire rings for people to enjoy after playing in the snow. For the smaller set (those under 44 inches tall), there will be a designated kiddie hill and area.

The challenge for the Flagstaff community has been to designate sledding spaces in safe and easily accessible areas. Growing numbers of visitors continue to travel to the region for snow play. People traveling from Phoenix for snow play are not always sure where to go or might lack sledding supplies. This new snow play area south of town next to a freeway exit will have recreation services that appeal to a wide audience, and will help meet the needs of people looking for a snow play experience.

Flagstaff Snow Park will offer tube rentals, thereby providing sturdy and available equipment for people who might not have the right supplies. Since visitors must return the tubes at the end of their session, the snow park also will help address litter issues that have plagued unofficial snow play sites over the years when people leave broken sleds behind in the forest.

This new snow play area will not solve all of the problems resulting from large numbers of winter visitors, but it is a start. There will continue to be a snow play task force, made up of industry leaders, who are creating a revised snow play map for the community that highlights not only the region’s snow play sites, but also trip preparation, safety considerations and etiquette. This map and a 1-800 phone number will be developed by the start of the season. This number will be updated with snow play information and be a resource for travelers planning their venture to Arizona’s Winter Wonderland.

One final note: While not part of the snow play proposal, we are very happy that our auction purchase of 220 acres to add to Fort Tuthill was successful. We used County Parks and Open Spaces (CPOS) initiative funds passed by voters in 2002 to acquire 220 acres of State Trust land north of Fort Tuthill in October. There are no plans to have any commercial snow play developed on this land, which will continue to be open to the public and not impact current users such as local running clubs, mountain bike groups and adventure sports races. This land purchase has been planned for years, and thanks to the voters of Coconino County, became a reality this fall. FBN