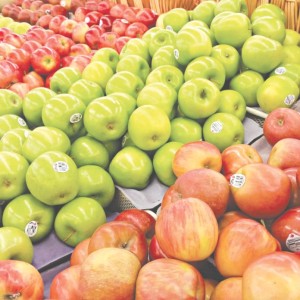 Northern Arizona’s grocery scene continues to evolve as the Alberstons grocery store in Flagstaff is acquired by the Pacific Northwest grocery chain Haggen. Last month, Haggen began the process of acquiring 146 stores – including 10 Arizona stores – as part of the divestment process brought about by the Federal Trade Commission’s (FTC) review of the Albertsons LLC and Safeway merger. The conversion of the Flagstaff store to the Haggen brand is tentatively scheduled for late May or early June.

“We’re excited to expand the Haggen experience into Arizona – bringing the fresh offerings, homegrown quality, and exceptional service that current shoppers have already come to expect from us,” said Bill Shaner, Haggen CEO Pacific Southwest in an exclusive Flagstaff Business News communication. “As a full-line grocery store, we offer shoppers the essential items they need, specialty items they want, and locally relevant items that reflect the community. We’re looking forward to making a name and home for ourselves in Flagstaff.”

According to Buxton consumer analytics studies provided by John Saltonstall, City of Flagstaff business retention and expansion manager, more than $91,670,000 is spent on groceries every year within the Flagstaff city limits. Another study, the Cost of Living Index published quarterly by the Council for Community and Economic Research, reports an index of 118.2 for grocery spending in the Flagstaff metro area. While Flagstaff has experienced increased competition in the grocery market in recent years, including two new brands, Sprouts and Natural Grocers, as well as the purchase of the New Frontiers store by Whole Foods in early 2014, consumers continue to spend more than the national median.

“Flagstaff has been great to us,” said Ernie Alvarado, store manager of Sprouts Farmers Market, which opened in August 2013. “We’ve exceeded all expectations, because Flagstaff was new to us and we didn’t know what to expect. But once our customers found out what we carried in gluten-free, non-GMO, over 8,900 vitamins and supplements and produce, they keep coming back. Our niche is in the produce.”

Other grocers continue to increase their niche offerings, including Natural Grocers. “We’ve got a new full-time Nutritional Health Coach who is our in-house Naturopath,” said Sharlene Gavelan, store manager at Natural Grocers, which focuses on all-organic produce and supplements.

Haggen picked up four Albertsons stores in Northern Arizona including Lake Havasu City, Prescott and Prescott Valley as well as the Flagstaff Albertsons location. With this acquisition of stores from Albertsons, Safeway, Pavilions and Vons brands, Haggen expands from 18 stores with 16 pharmacies to 164 stores with 106 pharmacies; from 2,000 employees to more than 10,000 employees; and from a Pacific Northwest company with locations in Oregon and Washington to a major regional grocery chain with locations in Arizona, California, Nevada, Oregon and Washington.

The recent acquisitions will not affect any of Flagstaff’s three Safeway stores, according to Nancy Keane, Arizona director of public affairs and government relations at Safeway.

“This momentous acquisition is a once-in-a-lifetime opportunity to rapidly expand the Haggen brand across the West Coast,” said John Caple, chairman of the Haggen board of directors and partner at Comvest Partners in a press release. Comvest Partners is a private investment firm that owns the majority share of Haggen. “Now that the deal has closed, our team is focused on seamlessly converting these 146 stores to the Haggen brand over the next five months.”

As the stores are transformed into the Haggen brand from the Albertsons, Safeway, Pavilions or Vons brands, each store’s employees will be invited to become Haggen employees. “Retaining the existing store employees was an essential part of the acquisition and we hope they all accept our invitation to join the Haggen family. These are great teams and these new employees will be an incredible asset to our growing company. Plus, these familiar faces will help ease the brand transition for long-time customers,” said Shaner.

“Haggen has built its 81-year-old business on providing excellent, locally sourced, fresh produce and high quality meats and seafood. That focus will definitely be reflected in the new stores,” said Shaner, noting how the store offering will change.

To get to know its neighbors and the Flagstaff neighborhoods better, Haggen is inviting community members who are interested in partnering with the brand to meet with company leaders soon after the conversion of the Flagstaff store. “At the informal public meeting, local farmers and producers can discuss selling their wares on Haggen’s shelves, non-profit organizations can learn about Haggen’s community giving, and small businesses can explore co-marketing programs,” said company officials in a press release. FBN