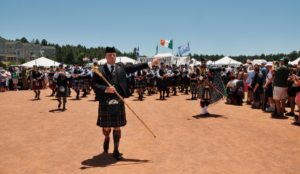 Arizona continues to attract in record numbers international travelers, out-of state-visitors and even residents of one part of the state who want to visit another area of the state. The brightest spot in the tourism data from 2016 is the lodging industry.

In an announcement on Jan. 27, Governor Doug Ducey and Director Debbie Johnson, of the Arizona Office of Tourism (AOT), reported that the lodging industry last year in Arizona outpaced the nationwide average.

The data showed that every single county in Arizona enjoyed growth in RevPAR, which is the metric used by the hotel industry to measure financial performance.

“Hotel performance is one of the strongest indicators of a healthy visitor market, and this data makes it clear that Arizona’s tourism industry is on the rise,” said Governor Ducey in a press release. “It’s hard to beat Arizona’s lifestyle – good people, a strong economy and 300 days of sunshine per year – and that quality of life is on display for every visitor who spends time in our state.”

Results were also impressive in Rural Arizona (defined by Smith Travel as every county outside of Maricopa and Pima counties), where there was an 8.2 percent increase – three times the national average.

Coconino County, part of the Rural Arizona category, continues to be a prime destination for visitors and led all counties in 2016 with the highest average hotel occupancy rate in the state – 74 percent, which was up 1.9 percent over 2015.

The county also accounts for more than 11,000 of the 114,000 rooms available in the state, with Pima and Maricopa counties totaling about 74,000 of the total rooms, according to Smith Travel.

For Arizona, the economic benefits from tourism are far-reaching. Statistics from the Arizona Office of Tourism reveal that approximately 42.1 million people visit Arizona every year. In 2015, those visitors spent about $21 billion and generated about $3 billion in local, state and federal taxes. All year-end data has not been collected, but third-quarter figures on hotel revenue and overnight visitors show 2016 eclipsing the previous year totals.

“All signs point to growth in tourism revenue, which we’re seeing every month,” said Johnson. “And this tourism revenue will positively impact every county in the state.”

Tourism officials say Arizona is a dream state to visit. In addition to the Grand Canyon, wondrous landscapes and exciting events beckon from the high country, with Flagstaff ski slopes and ponderosa pines, Sedona red rocks and vortexes, and the oldest rodeo in Prescott, to the lower elevations where Major League Baseball in the Valley offers Spring Training. The Verde Valley is building a reputation as a prime location for growing grapes. And Southern Arizona welcomes visitors with authentic Mexican cuisine, serene charms of historic Mission San Xavier del Bac and the promise of adventure with the proximity to Mexico.

The number of businesses providing services and support for visitors also continues to grow. Hotels alone had the third-highest growth rate in the state, with an average daily rate 5.2 percent higher than it was in 2015, according to the Arizona Office of Tourism.

“The money spent by visitors supports jobs and generates robust tax revenue,” the STR report stated. “This money is especially concentrated in areas of the state that are more dependent on tourism. An estimated $3 million in tax revenue equal an annual tax savings of $1,200 for every Arizona household and supports nearly 200,000 jobs.”

In 2015, the RevPAR total for the year was $69.04, up to $73.61 for 2016, a 6.6 percent increase according to STR reports. Staying overnight in Flagstaff has become increasingly attractive for visitors who enjoy the availability of about 5,200 rooms.

“The tourism industry numbers again surpassed prior year, which has been the case for the past five years,” said City of Flagstaff Economic Vitality Director Heidi Hansen. “I credit a lot of our growth to our hotel, restaurant, dining, bar and attraction businesses and their continual efforts to enhance their offerings as well as the work the Convention and Visitors Bureau (CVB) does to market Flagstaff as a premier destination year-round. Having the Grand Canyon so close to our city is ideal, and the CVB’s efforts to market this natural wonder, which truly is in our backyard, has helped to gain further recognition to stay over in Flagstaff.”

Healthy tourism numbers were helped in 2016 by lower gasoline prices, an improving economy, a myriad of state and national parks, a variety of sporting events, as well as favorable weather year-round in Arizona, including an excellent snowfall season at ski venues in the state.

The centennial year of the National Parks Service in 2016 also motivated travelers to get out to see the country.

Flagstaff continues to promote visits through many events such as the Arizona Highland Celtic Festival, which draws thousands of visitors from all over the world each July. Celebrating its 19th year in Flagstaff, this popular festival is the major fundraiser for Northern Arizona Celtic Heritage Society (NACHS), a local non-profit that provides scholarships for Celtic-related studies.

“It is amazing how far people have come specifically to attend and even volunteer for the festival,” said Jude McKenzie, the past-president who currently serves as the NACHS business manager. “We have had many guests from Scotland, Ireland, Cornwall, Wales and even a handful from the Isle of Man Brittany and Spain. Our guests have included folks from about every state in the union, including Alaska and Hawaii. That alone shows a deep interest and commitment, and maybe why we have grown to the size we have. Every year, soon after the festival, I get calls from people in other parts of the country wanting to know when next year’s event is because they plan their vacations so that they can attend.”

Improvements at Flagstaff Airport have also drawn more visitors to the high country. Remembering to “Always Fly Flagstaff First” has been an effective slogan for encouraging passengers to fly into Flagstaff. “I continue to work alongside our Airport Director, Barney Helmick, to attract second airline service to Flagstaff,” said Hansen. “American Airlines recently upgraded our 50-seater planes to 70 seats with first class availability. This has proven to be a good move and we look forward to seeing how this plays out this year for offering better, more reliable service to our community. We are actively meeting with other airline consultants about new routes for Flagstaff and welcome the opportunity to share our work and progress at any time.”

“Arizona is a great state with unparalleled assets, and tourism highlights the very best of our state and our people to the world,” Ducey said in the proclamation press release. “As Arizona’s largest export and a vital economic driver, tourism creates thousands of jobs and brings in billions in review all while promoting our reputation as one of the top places in the country to live, work, do business, recreate and retire.” FBN