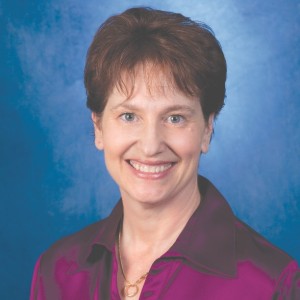 There are areas in the heart called pacemakers that send electrical signals to the rest of the heart, setting the speed or pace of the heartbeat. These pacemakers speed the heart up during exercise or hard work and slow it down again during rest. If natural pacemakers are injured or fail to do their job, a miniature medical device called a cardiac pacemaker can be implanted in the chest wall.

What is the Body’s Natural Pacemaker?

When the heart’s natural pacemaker is defective, a person’s heartbeat can be too fast, too slow or irregular – or the heart’s electrical pathways may also be blocked.

What is an Artificial Pacemaker?

Placement of a Pacemaker

Pacemaker implantation usually takes place in a Cardiac Catheterization Lab while the patient is sedated, but awake. The patient is given local anesthesia so there is no pain. The pacemaker usually is implanted in the upper chest and the wire leads are threaded through a vein into the heart. The battery is attached to the leads and placed under the patient’s skin. The leads must touch the inside of the heart so the electrical signals can be carried back and forth between the heart and the battery. In some cases, the patient may need a temporary pacemaker, which is placed outside the body and removed once the permanent pacemaker is implanted.

Side Effects of Artificial Pacemakers

There are few side effects or surgical complications associated with artificial pacemakers. To varying degrees, all pacemakers are sensitive to electrical interference from strong magnetic fields, electrical generators and similar equipment, depending upon how well shielded they are. Patients are encouraged to carry a letter or identification card stating that they have an artificial pacemaker. They should also inform their dentists and other healthcare providers of their conditions. Like any man-made device, pacemakers are subject to failure and do need to be checked regularly. FBN

Lynn Otto, M.D., is a board-certified cardiologist and electrophysiologist at the Heart & Vascular Center of Northern Arizona. She specializes in the electrical activities of the heart including diagnosing and treating irregular heart rhythms and implanting and managing heart devices such as pacemakers and defibrillators.

To schedule an appointment with Dr. Otto or any of the cardiovascular physicians at the Heart & Vascular Center of Northern Arizona, call 928-773-2150. For more information, visit NAHeartCare.com.