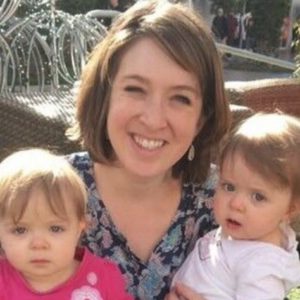 Rabies is a viral disease that can infect any mammal. Regardless of where the virus enters the body, it slowly invades the central nervous system and eventually the brain. With a few rare exceptions, the disease is fatal. August is Rabies Awareness Month, so please take a moment to learn more about this contagious virus and understand how to protect your pets.

Except for several well-regulated islands, rabies can be found worldwide.

The usual source of rabies infection is the bite of an infected animal. The virus is found in high concentrations within saliva. Once inoculated in the victim, the virus travels up peripheral nerves to the central nervous system. There have been a few rare cases of humans contracting rabies by inhaling aerosolized virus in bat caves.

Rabies is classically divided into three distinct stages: prodromal, furious and paralytic. The prodromal stage lasts two to three days and is characterized by major behavior changes. Normally friendly domestic animals, such as dogs and cats, become aggressive. In contrast, wildlife will lose the normal fear of humans. Also, wild animals that are normally seen only at night (nocturnal species) may be seen during the day.

During the furious stage, animals will typically become very vicious and may lunge at any moving object. They may have muscle tremors and appear uncoordinated.

During the final stage, the paralytic stage, paralysis sets in and death quickly follows. Most animals die from rabies within two to seven days after they begin to show signs of the disease. Symptoms of rabies will not be seen until the virus has made its way to the brain, at which point, it is too late for treatment.

Rabies can be suspected based on clinical signs, but it can only be confirmed by microscopic examination of brain tissue. For this reason, animals suspected of having rabies are usually humanely euthanized and a sample of their brain tissue is submitted to a pathologist. Although this can be upsetting for owners, remember that there is no room for error with rabies. If a human has been exposed and does not receive treatment, death is inevitable.

Whenever an animal without proper rabies vaccination bites a human, the animal is required to be confined and observed by a veterinarian for at least a 10-day period. Once symptoms are seen, rabies is always fatal in warm-blooded animals that develop the disease.

Rabies can be transmitted to a human through the bite of an infected animal or inoculation of rabies-infected saliva into an open wound. Whenever an animal bites a human, a physician should always be promptly contacted. In some areas, physicians are required to contact local animal control officials so that the vaccination status of the animal can be verified and an appropriate quarantine initiated.

Because rabies-immunized pets represent an important buffer between humans and the rabies reservoir found in wildlife, the importance of regular rabies boosters for pets cannot be overemphasized.

The first rabies vaccine is usually given at 12 to 16 weeks of age, followed by regular boosters. Depending upon state regulations, the boosters are given every year or every three years thereafter. These vaccines are considered safe and effective. FBN

Dr. Chelsey Rae Calhoun was born in Cottonwood, Arizona and earned her veterinary degree at Colorado State University. She enjoys working with small animals, exotic animals and is a certified Veterinary Acupuncturist. She is happily married with two beautiful twin baby girls and a small zoo of animals at home.