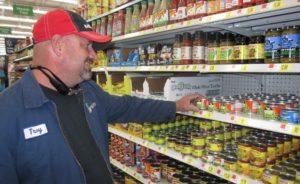 Arizona rates second among the states that would be most impacted if a trade battle were to unfold with Mexico. So predicts WalletHub, a personal finance website, which analyzed all 50 states and the District of Columbia across five categories of exports, imports and jobs. Incurring an overall score of 92.83 on a 100-point scale, the Copper state was surpassed in economic risk only by Texas, which amassed 95.46 points in the study.

“With President Donald Trump’s plans for financing the border wall with Mexico sparking concerns about a possible trade battle between our two nations, we conducted an in-depth analysis of 2017’s States Most Affected by Trade War with Mexico,” according to Diana Popa, WalletHub communications manager.

The study unearthed the following facts about Arizona’s rankings in trade with Mexico, with which it shares a border stretching 389 miles:

“Mexico is the State of Arizona’s number one trade partner, and we should not only protect the existing trade, but work very hard to expand our trade with that partner,” said Larry Tarkowski, town manager for the Town of Prescott Valley. “We need to continue to grow those export opportunities, just as the Mexican middle class – which equals greater purchasing power – needs to expand.”

Prescott Valley’s involvement in trade with Mexico is “more wedded to statewide efforts” than stand-alone initiatives, according to Tarkowksi, who participated in the Arizona Town Hall on Arizona and Mexico held in 2016 and has observed the positives obtained by Texas in boosting that state’s trade with the neighboring country.

“The state of Texas has found ways to dramatically expand its trade with the country of Mexico, and as a result of that and other initiatives, the Texas economy is very healthy and remained healthy during the recession,” Tarkowski said. “They were able to expand their exports to Mexico, which has created thousands of jobs in the state of Texas.”

Sapna Gupta, senior policy analyst at Arizona State University’s Morrison Institute for Public Policy, stated that Arizona’s “trade relationship includes financial, economic [and] social aspects, due to the jobs generated by the trade with Mexico. It is important to note that our shared border allows Arizona and Mexican manufacturers to engage in shared production, keeping costs down and allowing their products to be more competitive in the global marketplace.”

Arizona’s top manufacturing exports to Mexico are computer and electronic products, electrical equipment, machinery (excluding electrical), transportation equipment and primary metal manufacturing, the Town Hall report identifies. The document also reports that 65,000 Mexican residents enter Arizona on an average day to work, visit family and friends, participate in recreation and shop. During such visits, those guests spend more than $7.3 million each day in Arizona’s stores, restaurants, hotels and other businesses.

Tariffs or other sanctions between Mexico and the U.S. could affect pricing of products on both sides of the border, and ultimately, result in manufacturers relocating to less expensive venues, Gupta asserted. Of the $8.32 billion in goods exported in 2016 by Arizona to Mexico, she continued, 72 percent were manufactured.

“If we impose tariffs on Mexican goods,” she explained, “Mexico could very well retaliate and do the same on the goods we import from there. Prices of goods, including produce, imported from Mexico are very likely to go up if the U.S. imposes tariffs, and it would be the same for American goods exported to Mexico.”

Such price increases would apply to “Mexican-made products, as well as pricing of American-made products with Mexican components… A wide range of products and industry would be affected, including the aerospace and electronics sectors. For example, electronics, cars and planes that are assembled and/or manufactured in Mexico or have Mexican parts would also be more expensive for Arizonans.”

The report acknowledges that Arizona collaborates with Mexico on environmental issues, such as water management along the Arizona-Sonora border, and initiatives involving manufacturing, retail, tourism and other key sectors.

“But beyond trade, our most valuable asset continues to be our people,” the Town Hall report concludes. “Arizona is home to 1.7 million people of Mexican origin [who] contribute importantly to the prosperity of both Arizona and Mexico.”

Time will tell how the White House, Congress and Mexican officials ultimately manage the nations’ trade dealings going forward in the current political climate. But one aspect remains certain: Arizona, Texas and multiple other states have significant collaboration and economic vitality efforts riding on the relationship. FBN