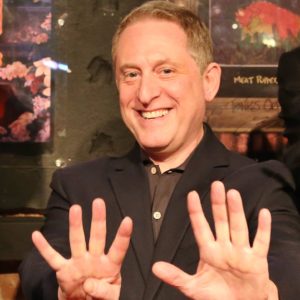 February marks the 90th anniversary of Pluto’s discovery right here in Northern Arizona. To celebrate, Lowell Observatory is partnering with other local organizations in hosting a two-day “I Heart Pluto Festival,” set for Feb. 15 and 18. Highlights of the event include a presentation by Alan Stern, principal investigator of the New Horizons mission that explored Pluto in 2015, a space-themed art exhibit at Lowell Observatory and Mother Road Brewery’s limited release of Pluto Prohibition Porter.

Flagstaff is often called the “Home of Pluto” because nearly every major research effort surrounding this icy world has ties to Northern Arizona. Percival Lowell’s early searches for a ninth planet, Clyde Tombaugh’s discovery of Pluto in 1930, Jim Christy’s detection of Pluto’s largest moon, Charon, in 1978, the first observation of Pluto’s atmosphere in 1988, early maps of Pluto’s surface a decade later, the New Horizons flyby of the Pluto system in 2015, and more.

The I Heart Pluto Festival will celebrate these and other highlights. On Feb. 15, Lowell Observatory will host a variety of public events during its regular operating hours of 10 a.m.-10 p.m. Kids will be able to enjoy Pluto scavenger hunts while the entire family participates in Pluto-themed science experiments and tours of Pluto-related facilities.

In addition, the public is invited for the morning re-dedication of the Zeiss Blink Comparator – the machine used by Tombaugh to discover Pluto, which just returned to the observatory after a five-year-engagement at the Smithsonian Institution’s Air & Space Museum in Washington, D.C.

At 4 p.m., Lowell also will host a reception for the opening of a space art exhibition featuring the works of members of the International Association of Astronomical Artists. At this event, Mother Road Brewery will also unveil its Pluto Prohibition Porter, a limited-release, nitrogenated beer created by Mother Road’s brewers in conjunction with Lowell astronomers.

Pluto events on the 15th will culminate with a special evening of programming at Northern Arizona University’s Cline Library Auditorium. A panel discussion by local scientists will be followed by Stern talking about New Horizons’ discoveries of Pluto and its collection of moons. The evening will end with a book signing by Stern and other Pluto scientists and historians. Books are priced at their regular retail amount but the rest of the evening’s activities are free. Tickets must be acquired through the NAU ticketing office at nau.edu/cto/.

All of the activities at Lowell are covered under the regular price of admission, which is discounted at $15 for residents of Coconino County. For individuals who want an even richer Pluto experience, additional options are available. For $45, guests may purchase the Pluto Lover Package, which covers the cost of admission to Lowell plus a commemorative I Heart Pluto t-shirt and beverage koozie. The VIP Pluto Experience costs $100 per person and includes all the benefits of the Pluto Lover Package plus a behind-the-scenes Pluto tour at Lowell, a three-hour tour of Pluto-related facilities at Northern Arizona University and the U.S Naval Observatory Flagstaff Station.

On the actual anniversary day of Pluto’s discovery, Feb. 18, 1930, Lowell is hosting an evening of entertainment, and the opportunity to sample Pluto Prohibition Porter at the Orpheum Theatre. The event highlights Tombaugh’s day of discovery, retracing his steps from Lowell to various places downtown (he ate dinner at the Black Cat Café – where Karma Sushi now operates and is offering a commemorative Pluto Roll – and watched a movie at the Orpheum Theatre). Admission is $7 per person and the event is part of the Downtown Business Alliance’s (DBA) 3rd Tuesday Locals Night. FBN