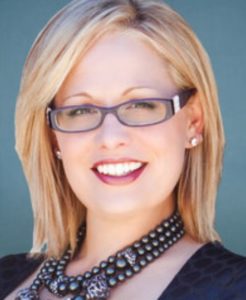 “Technology has the potential to dramatically improve the security and privacy of identity credentials, and enable easier access to the financial system. It doesn’t make sense that Americans have to constantly overshare sensitive identity information with government agencies and businesses, which are honeypots all too often targeted by hackers and identity thieves. I’m proud to work with my friend and colleague Sen. Sinema to introduce the Improving Digital Identity Act of 2022 to work toward digital identity standards that protect our privacy and give Americans more control over their identity,” said Lummis.

The bipartisan legislation improves digital identity verification and increases accessibility, privacy protections, the ability of government and the private sector to collaborate on security challenges, and oversight of these initiatives. With Americans’ Social Security numbers and other personal information now widely available on the dark web, giving Arizonans the option to adopt innovative digital identity tools is critical to combatting identity theft, reducing fraud in benefits programs, and increasing confidence in online transactions.