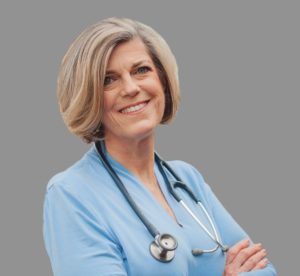 Smoke from the National Forest Service burning south of Flagstaff and other fires in the Coconino National Forest is increasing the allergy symptoms among Flagstaff residents. While not everyone has the same sensitivity to smoke caused by fire, the added burden of airborne particles, combined with the early bloom of Juniper pollens, are triggering allergy symptoms in many who have never before reported seasonal allergies.

Smoke contains fine particles and a complex mixture of gasses that can penetrate the mucous membrane of the eyes and nose. The combination of fine particles and gas can cause watery eyes, runny nose, sneezing, sinusitis, nasal discharge, coughing, dry-rough patches on eye-lids as well as eczema around the eyelashes. Most wood smoke particles are smaller than the diameter of a human hair. These particles are so small they can pass through the body’s defenses of the upper and lower respiratory tract and reach the deepest areas of the lungs causing wheezing, shortness of breath and triggering asthma.

Toxic organic chemicals are a classification of chemicals made from the molecules of carbon and hydrogen. Whether from hickory, mesquite, oak or pine, wood smoke is laden with hydrocarbons and other toxic chemicals including:

Additionally, wood smoke can contain the chemicals of fire suppression agents, adding to the body’s burden of protecting itself from the outside world. The body’s defensive reaction to a perceived threat is the trigger that sets off a cascade of physiological reactions that we have come to identify as allergies.

Some of our immune cells function as “watchers,” our surveillance patrol that is always on the lookout for elements from the environment entering the body. The immune cells also must scrutinize each visitor to determine if it is harmful or harmless. The immune cells can secrete chemical signals to initiate an inflammatory reaction to sequester the visitor in a wall of water. One chemical signal, called histamine, causes a chain of events to occur in defense of the body. First, the capillaries in the area become more permeable, allowing fluids to move out and surround – an event that gives rise to the classic symptoms of a runny nose and watery eyes. Second, histamines stimulate the local nervous tissue triggering sneezing. Third, histamines cause vasodilation or swollen blood vessels, a necessary action to facilitate the rapid and swift movement of additional immune cells into the area, which causes nasal congestion.

Prostaglandin, a second chemical signal produced by the “watchers,” causes the involuntary muscles of the lung and bronchial trees to contract. The wheezing and tightness of breath is a defensive reaction designed to protect the body from further harm. In excess, prostaglandins cause severe constriction of the airways, a condition we’ve come to know as asthma.

Self-care for the symptoms associated with smoke allergies include anti-inflammatory nasal sprays, over-the counter anti-histamines, as well as the wearing of a filtration mask. Conventional medical treatments of steroid injections to down-regulate the immune system provide temporary relief only.

Advanced Allergy Therapeutics (AAT) is a clinically effective treatment for the elimination of symptoms associated with smoke, pollens and other environmental allergies. AAT is safe, non-invasive and requires no shots, no needles and no drugs. By combining 21st century science with Traditional Chinese Medicine, AAT offers a highly effective treatment that will provide life-long relief from allergy symptoms caused by fire smoke and other airborne pollutants. FBN

You can read more about Advanced Allergy Therapeutics and the AAT treatment by visiting allergyfreeflagstaff.com or calling Dr. Ian at 928-963-4542.