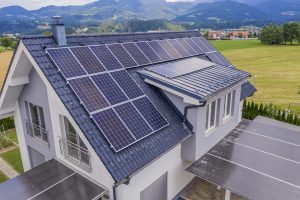 “We’re excited to bring another solar co-op to Northern Arizona, where we know lots and lots of people are ready to turn to the power of the sun.”

The cities of Flagstaff and Sedona and Coconino County have partnered with non-profit group Solar United Neighbors (SUN) to launch the second Northern Arizona Co-op. The co-op will help residents go solar.

“The City of Flagstaff is making great strides to uphold our commitment to reach carbon neutrality by 2030, but we know that we can’t do it alone,” said Flagstaff Vice Mayor Miranda Sweet. “The solar co-op represents what’s possible when we work together to create solutions, collectively. I am confident that round two of the Northern Arizona Co-op will be equally, if not more, successful in bringing less expensive residential solar to the region.”

The co-op is free to join and open to all homeowners and business owners in Flagstaff, Sedona and Coconino County. Together, co-op members will learn about solar energy and leverage their numbers to purchase individual solar systems at a competitive price and top quality.

“The City of Sedona’s Climate Action Plan sets an ambitious target of reducing community-wide emissions by 50% by the year 2030,” said City of Sedona Sustainability Manager Alicia Peck. “The Northern Arizona Solar Co-op will help us meet that goal by lowering the cost of solar for residents and business owners, ultimately making rooftop solar more accessible for our community.”

After a competitive bidding process facilitated by SUN, which remains vendor neutral, co-op members will select a single solar company to complete the installations. Joining the co-op does not obligate members to purchase solar. Instead, members will have the option to individually purchase panels and electric vehicle chargers based on the installer’s group rate.

Proponents say the co-op is a collaboration offering an opportunity for neighbors to come together and reap both individual and collective benefits. These include monthly bill savings, local resiliency and improvements in air quality.

“We’ve wanted to install solar panels to our home for a long time. The Solar United Neighbors Co-op in 2021 was a perfect option for us,” said Kevin Brown, a member of the 2021 Northern Arizona Co-op. “The co-op provided all the education and technical support we needed to make informed decisions about our system. We’re delighted to be saving money on our electric bills and to make a positive ecological difference.”

The federal tax credit for solar is expected to decrease at the end of this year.

“The Northern Arizona co-op will enable homeowners and small businesses to go solar together at a competitive rate,” said Bret Fanshaw, Arizona program director for Solar United Neighbors. “We’re excited to bring another solar co-op to Northern Arizona, where we know lots and lots of people are ready to turn to the power of the sun.”

SUN has hosted 10 solar co-ops in Arizona since 2019. According to the group’s estimates, the 289 homes and businesses that now have solar panels because of co-ops represent more than 2 megawatts of solar power, $6.5 million in local solar spending and more than 40,000 metric tons of lifetime carbon offsets. FBN