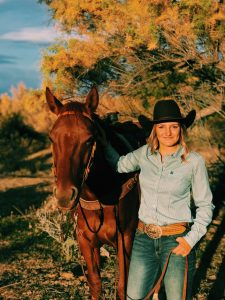 In the tranquility of a late spring Flagstaff morning, Dr. Ralph Oliver Raymond would walk the land and and toss out dandelion seeds. “He wanted to make sure there were plenty of dandelions so that those who didn’t have a lot of money could pick them and receive nutrients from the tea they could make from the stems,” said long-time Flagstaff resident Billy Cordasco.

Dr. Raymond, by all accounts, was a quiet, deeply caring family doctor who raised sheep, had a great love for the land and wanted people to succeed in life. “When it was snowing, Dr. Raymond would take beans and rice to neighborhoods where people needed food,” said retired South Beaver School teacher Mike Cromer.

Sarah Cromer, a retired school teacher who taught at South Beaver and the Church of The Nativity of the Blessed Virgin Mary, says Dr. Raymond quietly went about his business and helped people where he could. “He wanted them to eat properly, take care of their bodies and he stressed education. He was just a unique and wonderful human being who understood that education levels the playing field.”

In 1952, Dr. Raymond founded the Raymond Educational Foundation. He asked trusted friends to oversee it. “One of his friends, Dr. Eldon Bills, an orthodontist, served as president of the Foundation for a long time. He deserves a great deal of credit for managing and growing the funds,” said long-time Flagstaff resident Mark McCullough.

As a result, the Foundation has been able to pour more than five million dollars into scholarships for students to attend Northern Arizona University, Coconino Community College and trade schools.

“What he did with the Foundation has affected lives for the last 70 years,” said Mike Cromer, “not only in Flagstaff but also Fredonia, Tuba City, Page, the Grand Canyon and Williams. What a legacy he’s left.”

“To me, scholarships have always been super humbling to receive,” said 20-year-old Emilee Ashurst, whose family has been part of the Arizona landscape since before Dr. Raymond came to town in 1909. “It’s a very humbling and motivating feeling to have people who have never met me communicate that they believe in me and express an interest in investing in my educational career.”

After high school, Emilee went to work in Wyoming at a farming/ranching oil field operation where she cared for livestock. “I really enjoyed the whole experience. It was good for me to take that year off. It helped me figure out what I wanted to do.”

What she learned about herself was that she loves healthcare and helping people. “I just devoured any books that had to do with nutrition, diseases and care for diseases.”

As she was touring colleges and exploring careers, she learned that CCC and NAU have nursing programs and that there is a pathway from one to the other. “That piqued my interest.”

Upon further exploration she found that the Raymond Foundation offers scholarships specifically for the CCC2NAU program and that she could re-apply each year. Now in her third semester at CCC, Emilee spoke before the Foundation Board this spring, thanking them for their support.

“For the last two semesters I achieved the President’s List for a 4.0 GPA, so by this time next year I should be accepted into the nursing program and I will begin at NAU next fall if all goes to plan,” she said. “Looking back over the last 20 years, nothing I’ve achieved has been on my own. I’ve had support from loved ones, people I can name and people I can’t name. And, I probably won’t remember all the names of the people in this room by the time I’m a nurse, but I will remember the support that you gave me and the part that you played in getting me to where I want to be. I know it’s hard to work with young people sometimes but I really want you to know we appreciate everything you are doing. Thank you for providing us with resources that will make achieving our goals possible.”

CCC2NAU was created in 2008. Currently, one-third of CCC students are in the program. CCC2NAU Manager Robin Long says it is the perfect vehicle for students who want to start in a smaller environment than a university. “It’s unique because students can still have the university lifestyle. They can live on campus, get a meal plan, buy an NAU Recreation Center pass and join clubs. It’s also so advising-centered. We can tell business, nursing or forestry students with confidence that 100% of everything they are taking will transfer to NAU.”

“It’s a nice program,” said McCullough. “We try to fund a good portion of the costs for CCC as well as support the students when they transfer over to NAU.”

Retired Flagstaff High School counselor Katherine Pastor calls it an honor to be part of the Raymond Foundation. “We take great pride in being stewards of the money that is being invested in these young adults who are aspiring community leaders and go-getters,” she said. “We know the cost for any post-secondary education is high. And, it is so neat to hear students’ stories and see the joy on their faces as they receive support to start on their paths in uncharted territory.”

Mike Rust, was one of those students. Born and raised in Flagstaff, the Flagstaff High School welding teacher received a $1,000 gift more than two decades ago. “I love the Raymond Foundation. It gave me the start and the tools I needed to go to Gateway Community College.”

As a young man, Rust attended night school in Phoenix while working as a machinist in the apprentice program at Honeywell during the day. There, he began teaching new apprentices and understanding how much he loved helping others learn. That journey brought him back to Flagstaff where he earned his teaching degree at NAU and was hired by FHS to run the welding program.

“A big part of what I’ve tried to do is get students involved in SkillsUSA,” said Rust. “For those who want to make a career in the trades like welding and carpentry, it gives them great experience and technical skills to be good employees or to start their own businesses.”

Two of Mr. Rust’s welding students were K.C. Dana and his older brother, Mit. Under Rust’s leadership, both placed in national competition at SkillsUSA. This spring, K.C. received a Raymond Foundation scholarship.

“I’m using it to go to a welding trade school down in Phoenix,” he said. “Getting money for school has been a burden on my family. My sister just graduated from West Coast Ultrasound Institute. My brother is completing his mission [for The Church of Jesus Christ of Latter-day Saints] and plans to go to the welding inspection school in Bellemont when he gets back.”

K.C. hopes to be able to land a job in Flagstaff after his training. “I would like to do TIG [tungsten inert gas] welding,” which he explains is one of the harder techniques. He envisions starting a welding company with his brother. “There is a shortage of welders and the need is still growing,” he said. “Welding is connected to everything. It’s needed for building houses, pipelines, oil rigs, phones and machines that build things.”

For Flagstaff native and Raymond Foundation President Rich Gomez, the Raymond name was a household word in his family. Several of his relatives were in health care. His grandmother was head nurse at Flagstaff Medical Center.

“The Raymond Foundation first formed when Flagstaff was a small town. The community’s foundational families like the McCulloughs and the Babbitts have served on the Board. We’re not as small as we used to be, but through the Foundation we bring back that sense of community that Dr. Raymond held so dear.”

Gomez recalls his high school years at Camp Raymond, a Boy Scout camp in Parks named for Dr. Raymond, who donated the land. Following a military career in the Navy, Gomez became camp director. His involvement in the Foundation, he says, is all about community and Flagstaff’s heritage.

From Dandelions to Donations

Dr. Raymond arrived in Williams in 1904, from St. Louis, Missouri and began practicing medicine. Five years later he moved to Flagstaff. Dr. Raymond and Dr. Martin Fronske, two of the town’s first doctors, are credited with saving countless lives during the Great Flu Epidemic of 1918 by working around the clock.

Like many successful men in the West, Dr. Raymond owned livestock and became business partners and friends with sheepherders in the area. “He liked the wool,” said Martin “Tini” Auza, whose father worked for him.

Dr. Raymond became a mentor to Tini. “He was a great man. He was always trying to do something for someone else. He was the first environmentalist I ever knew before I knew what that meant. He always wanted to be in the forest and in nature.”

Auza says Dr. Raymond joined forces with Ramone Aso, a sheepherder from Spain, and bought Howard Sheep Company in Williams among others. By the late 1930s, Dr. Raymond owned his own outfit, the Flagstaff Sheep Company.

Through the years, the doctor acquired a great deal of property. He donated the land on North Beaver Street for Flagstaff’s hospital, gave land for the armory on West Clay and was the force behind building South Beaver School. He donated land around Lake Mary for Flagstaff’s water supply. His land in Kachina Village is now a county park and the doctor’s final resting place.

Auza remembers helping his father bury Dr. Raymond there when he was 16. “He lived a very simple life and wanted only a pine coffin,” he said.

It’s uncertain whether the dandelions Dr. Raymond planted are still around, but there is no doubt, his impact continues to spread, stretching far into the future through the gift of education he’s made available to young people.

“It is an honor to serve as a member of the Raymond Foundation and to carry out Dr. Raymond’s greater vision,” said Gomez. “Education is the door to life. Everybody needs and deserves an education.” 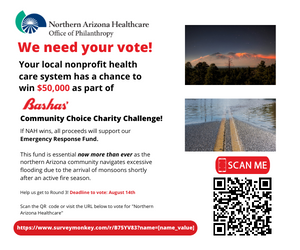