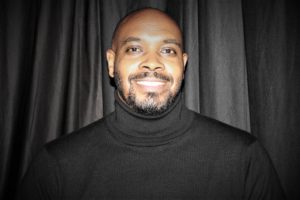 Greetings to all reading the Flagstaff Business News today. My name is Larry Henry and I am the Criminal Justice Coordinating Council coordinator (CJCC) for Coconino County.

Prior to arriving in Flagstaff in mid-June, I lived in Jefferson City, Missouri where I was the Treatment Court administrator in Cole County, and for the previous six years, I held the position of 5th Ward City Councilman for the City of Jefferson. I have spent more than 20 years working in local and state governments.

The CJCC coordinator works with the coordinating council. District 2 Supervisor Liz Archuleta was very instrumental in helping form and create the CJCC. The CJCC consists of a melting pot of professionals from all realms of the justice system, from law enforcement through courts. The initial intent of the council was to monitor the jail population and overcrowding. Consequently, as the justice system itself has grown, so have the ideas of the CJCC.

This is where the Stronger as One Coalition comes in.

Stronger as One is a coalition that was formed more than a year ago to bring community awareness to suicide prevention and mental health. The Stronger as One Coalition is a group comprised of community leaders, elected officials, representatives from public agencies and citizens who promote a culture of knowledge, compassion and action related to mental health and well-being. Together, the coalition is working to end the stigma around mental health and to reduce death by suicide in our communities.

One of the major initiatives of Stronger as One is engaging youth in the community. Because of the work done by the coalition through funding awarded by NARBHA Institute, the county will have two new positions dedicated to Stronger as One initiatives. One position is a program manager, which will focus on mental health first aid training and community awareness/engagement across Northern Arizona and the second position is a youth specialist, which will primarily consist of building upon the existing efforts of suicide prevention, mental health awareness and mental health first aid.

As the mental health crisis continues to grow, so do the efforts of the community. We need all our community partners to help build community well-being. FBN

Exploring in 2020 and Beyond
Developing a Workforce for the New Economy; Spurring Economic Development in Arizona