You are here: Home / Archives for Dr. Terry Bagley 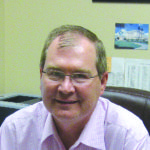 For many, a healthy diet and regular exercise are self-prescribed ways to feel better. But for people with diabetes, diet and exercise often are medically recommended to help treat the disease. Diabetes is a disorder where either the body does not produce enough insulin or the cells in the body … END_OF_DOCUMENT_TOKEN_TO_BE_REPLACED

Moviegoers who have seen the film “Concussion” know that the movie depicts a true story about a forensic pathologist who discovers severe brain damage in deceased NFL players during autopsies. The physician ultimately determines that the players died from a degenerative disease caused by long-term … END_OF_DOCUMENT_TOKEN_TO_BE_REPLACED