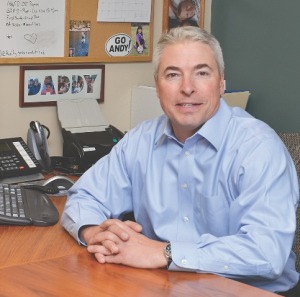 On March 23, 2010, President Obama signed into law the Affordable Care Act (ACA), and since then, nearly every aspect of health insurance has changed. Some of the changes have been very positive; others have not. I thought this would be a good time to evaluate those changes, both positive and negative.

It is important to note that this is not political statement of support or criticism of the law. I have been helping businesses and individuals with health insurance for more than 20 years. The industry has always evolved over time. However, this has been the most rapid change by far.

Since the individual mandate went into effect (January 2014), health insurance premiums for those purchasing insurance via the Marketplace have increased 83 percent (2014-2016). This is over three years! In the three years preceding the individual mandate, the rates increased 13 percent (2011-2013). I am not sure that the law should have been called the “Affordable” Care Act. This data is based on Flagstaff rates from a major Arizona health insurance carrier for a $3,000 deductible plan with office visit copayments.

But this is not the end of the story. Let’s look at some of the POSITIVE changes that have been implemented with the ACA:

That last one is a huge one! The availability of premium tax credits is far reaching. We’re not just talking about a little help; we are talking a SUBSTANTIAL amount of help. For example, I recently helped a family of four with an expected 2016 household income of $61,000. They qualified for a $1,100 monthly premium tax credit. This is paid directly to the insurance carrier, with the balance of $337 being paid by them. That’s not bad for a family of four. Their premium would have been $654 for a comparable plan in 2013. To be more accurate, if you add another 13 percent on top for the trend, that would bring it to approximately $739 today. This is still roughly HALF of what the policy costs today. But remember, if you are eligible for coverage through an employer (or your spouse is), then you are ineligible for a premium tax subsidy.

So, while the ACA has brought on many positive changes, affordability of the overall premiums by making it mandatory (and expanding Medicaid) has not occurred. In fact, quite the opposite has happened. You could also come to the conclusion that the ACA is providing premium tax credits for policies that are significantly more expensive than they would have been if different reforms would have been made.

It is easy to look back to see what “could have and should have” been done. Americans were not happy with the system before and clearly there were faults. However, I am not one who believed that the WHOLE system needed to be overhauled. It appears we have traded one faulty health insurance system for a different faulty one (with a fancy website!). FBN