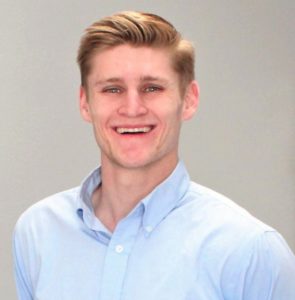 Dementia is a general term that describes a group of symptoms such as loss of memory, judgment, language, complex motor skills and other intellectual function caused by the permanent damage or death of the brain’s nerve cells, or neurons.

The clinical symptoms and the progression of dementia vary, depending on the type of disease causing it, and the location and number of damaged brain cells. Some types progress slowly over years, while others may result in sudden loss of intellectual function.

Symptoms of Alzheimer’s disease are divided into two categories: cognitive, or intellectual, and psychiatric.

Differentiating them is important so that behavioral problems that are caused by loss of cognitive functioning are not treated with anti-psychotic or anti-anxiety medications.

Cognitive, or intellectual, symptoms are amnesia, aphasia, apraxia and agnosia.

Amnesia is defined as loss of memory, or the inability to remember facts or events. We have two types of memories: the short-term (recent, new) and long-term (old) memories. Short-term memory is programmed in a part of the brain called the temporal lobe, while long-term memory is stored throughout extensive nerve cell networks in the temporal and parietal lobes.

In Alzheimer’s disease, short-term memory storage is damaged first. Aphasia is the inability to communicate effectively. The loss of ability to speak and write is called expressive aphasia. An individual may forget words he has learned and will have increasing difficulty with communication. With receptive aphasia, an individual may be unable to understand spoken or written words or may read and not understand a word of what is read. Sometimes, an individual pretends to understand and even nods in agreement; this is to cover up aphasia. Although individuals may not understand words and grammar, they may still understand nonverbal behavior, i.e., smiling. Apraxia is the inability to do preprogrammed motor tasks, or to perform activities of daily living such as brushing teeth and dressing. An individual may forget all motor skills learned during development. Sophisticated motor skills that require extensive learning, such as job-related skills, are the first functions impaired by Alzheimer’s disease. More instinctive functions like chewing, swallowing and walking are lost in the last stages of the disease. Agnosia is an individual’s inability to correctly interpret signals from their five senses. Individuals with Alzheimer’s disease may not recognize familiar people and objects. A common, yet often unrecognized agnosia, is the inability to appropriately perceive visceral, or internal, information such as a full bladder or chest pain.

Hallucinations and delusions can be very upsetting to the person with Alzheimer’s disease. Common reactions are feelings of fear, anxiety and paranoia, as well as agitation, aggression and verbal outbursts.

Individuals with psychiatric symptoms tend to exhibit more behavioral problems than those without these symptoms. It is important to recognize these symptoms so that appropriate medications can be prescribed and safety precautions can be taken.

Psychotic symptoms can often be reduced through the carefully supervised use of medications. Talk to your primary care doctor, neurologist or geriatric psychiatrist about these symptoms, because they are treatable. FBN