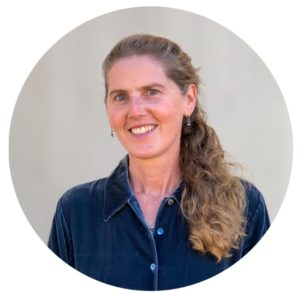 Vitamin D3 is crucial to immune function, healthy mood and a host of other critical aspects of health; yet, its deficiency is
ubiquitous worldwide. Particularly at this time of year when outdoor activity and sun exposure are limited, supplementation with Vitamin D3 can be foundational to our well-being.

For decades, Vitamin D was only thought to help normalize calcium, and phosphate mineralization of bone; assist in the absorption of calcium, magnesium and phosphate from the gastrointestinal tract; and regulate blood levels of these minerals for muscle contraction, nerve conduction and intracellular use. It was not until relatively recently that the complex and wide-reaching effects of Vitamin D were elucidated. Vitamin D is, in fact, not a vitamin at all, but a steroid hormone.

D3 is naturally found in very few foods, including egg yolk, cod liver oil and fish. It can be made in our skin during sun exposure. It is then converted to an active form in the liver or kidneys through an enzymatic reaction. Because of our body’s ability to make Vitamin D3 and convert it to its active form, there is the common misconception that supplementation is unnecessary. Here’s the thing. The human genome was formed millions of years ago near the equator and at a time we were, of course, walking around without clothing all day long. That’s a lot of surface area exposed to intense sun. The human genome was formed in an ideal Vitamin D-producing environment, and thus many metabolic reactions stamped into our DNA are Vitamin D dependent. Fast forward to our current habitus, living not-so-close to the equator, fully clothed and mostly indoors – and we have a clearer picture of why Vitamin D deficiency is such a common problem.

If not already supplementing, most people are deficient. It is rare that I ever see Vitamin D levels in the normal or therapeutic range unless a patient has been supplementing for a significant length of time and with an adequately high dose. So why the fuss and what does Vitamin D do for us?

Immune Function: Vitamin D modulates both innate (non-specific) and adaptive (antibody and T-cell-mediated) immune responses. “Modulation” means either up-regulating or down-regulating the immune system as is appropriate. Because of its role in immune modulation, a deficiency of Vitamin D is associated with increased autoimmunity (overactive immunity) as well as increased susceptibility to infection (immune deficiency). In a well-balanced state, the immune system defends against invasive organisms and infection while maintaining tolerance to self. In this role, Vitamin D3 is vital. Vitamin D also shows to be protective against some cancers.

Mood: Several studies suggest that Vitamin D affects serotonin levels in the brain. Seasonal Affective Disorder (SAD) may be caused, in great part, to fluctuating levels of Vitamin D during the winter months, because of decreased sun exposure. Vitamin D insufficiency also appears to be linked to increased anxiety disorders, as well as schizophrenia.

Weight and Metabolism: Vitamin D is shown in some studies to boost metabolism, causing the body to burn more calories after eating and may inhibit the formation of new fat cells in the body. Likewise, it appears that those who have lower levels of Vitamin D are more likely to gain weight than those with sufficient blood levels.

In addition, other conditions to which Vitamin D deficiency is linked include fatigue and lethargy, osteoporosis and back pain, impaired wound healing, a variety of skin conditions, heart disease, diabetes, Alzheimer’s disease, hair loss and muscle pain.

When supplementing with Vitamin D, look for Vitamin D3 (the active form) versus Vitamin D2 (the inactive form), which fortifies cow’s milk and other food products. Thankfully, some companies within the alternative milk industry (soy, almond, coconut, etc.) have caught on and they fortify their products with D3. Read labels carefully, however, as some are supplemented with only Vitamin D2. In the end, the amount of Vitamin D3 added to beverages and the doses found in multivitamins or most over-the-counter D supplements is generally not adequate to bring blood levels into therapeutic range.

Starting out, one may need to take as much as 10,000-25,000iu (or even more) per day for a time to see improvements in their levels. High dose supplementation should not be initiated until baseline labs have been done and you have received advice from a physician familiar with proper understanding of treating with Vitamin D. Daily dosing can range from 4,000-10,000iu per day to maintain therapeutic levels. It can be helpful to simultaneously supplement with Vitamin K, which is a co-factor to Vitamin D, and there are good combination supplements that exist. Blood levels should be routinely assessed once or twice a year when supplementing until a reliably good dose is established.

If mood support, healthy weight management and better immune function are on this year’s to-do list, Vitamin D may be just the winter wellness resolution you are looking for. FBN

Dr. Kären van der Veer has more than 20 years of experience as a physician, acupuncturist and educator. Her career has been defined by her passion for and devotion to serving others. She currently teaches at Northern Arizona University and sees patients at Aspen Integrative Medical Center, located at 323 N Leroux, Suite B, in Flagstaff. For more information, call 928-213-5828.