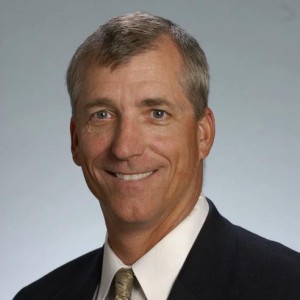 What do a Medal of Honor winner, major league baseball player, physician and administrator have in common? According to a new book, “Who is Gym?” by former Arizona broadcaster and Northern Arizona University grad Scott Hanson, they are the namesakes of various high school sports venues around the state.

At Mingus High, Daniel Bright, M.D., is remembered for his longstanding duties as a doctor in the Verde Valley from the 1950s to 1990s. He loved sports and was an on-field physician for many games.

Sedona’s Red Rock High has the John Ordean Memorial Stadium, named after one of the visionaries instrumental in getting the school built in 1994. At the time, the students who lived in Sedona had to commute to Flagstaff to go to high school. If this were still the case, perhaps some of them would attend Coconino High and play sports at the Roth Athletic Center, named after longtime principal David Roth, or Cromer Stadium, after Flagstaff superintendent, social reformer, and Arizona Daily SunCitizen of the Year Sturgeon Cromer.

Hanson’s book delves into this realm of Arizona history by revealing the stories behind the names of high school sports facilities.

Hanson has been officiating high school sports for 30 years. About three years ago, he was working at a game in Phoenix and wondered who the stadium was named after. Nobody seemed to know and after a similar experience at another stadium, he decided to start doing some research. “It kind of hit me at that point that if someone has done something significant enough to have a football stadium named after him, we should know why.”

He began talking with athletic directors around the state, gathering information about the people for whom sporting facilities were named and their backgrounds. Eventually, he met with Arizona State Historian Marshall Trimble, who convinced him to write a book.

Hanson initially focused on high school football fields, baseball fields and gymnasiums, but later added several softball fields, swimming pools and tennis courts. To gather information, he said, “I talked to people from Fredonia to Nogales and Parker to Thatcher.” He spoke to athletic directors, administrators, alumni, librarians, local historians, long-time school employees, relatives of those honored, the honorees themselves and others who may have known the people whose names adorn the buildings and fields across Arizona.

He says he learned a lot while carrying out his research. “Some of the stories are fascinating and others are sad, like the student body president who passed away on a senior trip or the kid in Lake Havasu City who was tragically struck by lightning while he was pitching in a baseball game.”

The book lists the facility names, a short story about each of them and pictures of the people after whom they were named. Most of these individuals had longtime direct connections to the school, serving as coaches, athletic directors, administrators, principals and superintendents.

The list includes two senators (Barry Goldwater and Carl Hayden), one Supreme Court justice (Sandra Day O’Connor), two police officers who died in the line of duty, and two Medal of Honor winners. One of them, Jay Vargas, is the namesake of Winslow High School’s baseball field. Vargas was a Marine Corps Colonel who served in Vietnam. Besides the Medal of Honor, he also earned a Silver Star and five Purple Hearts.

Since the book describes sports facilities, finding one named after a former athlete is not surprising. In addition to the Lake Havasu facility named after the young pitcher, the baseball field at Williams High School is named after former major league baseball player Billy Hatcher, who graduated from that school in 1979. Hatcher played in the majors for 12 years and in the 1990 World Series, hit .750, breaking Babe Ruth’s 62-year-old record for highest average in a World Series. He is now the first base coach for the Cincinnati Reds.

In addition to his role officiating high school sports across the state, Hanson is the president of HMA Public Relations, a 35-year-old marketing communications firm based in Phoenix. He’s a former Arizona sports broadcaster for KNAZ-TV in Flagstaff and KPHO-TV in Phoenix. QCBN

“Who is Gym?” is available for purchase for $19.95, plus shipping and handling, only through the website whoisgym.com.