You are here: Home / Columnists / Was the Hub Stopped? 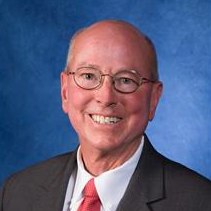 You are going to see a major apartment building under construction this summer behind Granny’s Closet. You may think (because of a well-publicized campaign to “Stop the Hub”) that the City Council voted that down.

The Hub requested a zoning change to allow the structure to be built with three stories on the street and a row of shops along Mike’s Pike, lending an “urban environment” to the area. Because the Hub requested a zoning change, the city was able to request concessions that would make the project more appealing. In the case of the Hub, the city was also getting a $500,000 contribution toward a southside parking garage.

So, what happened? Because of protests from some of the adjacent property owners, six Council votes were required to change the zoning. Remember, if the zoning was not changed, the Hub would have the right to build its original five-story plan. Well, the “Stop the Hub” campaign worked in that the zoning change received only four votes in favor of the rezoning. But, in fact, that vote did not stop the Hub, it merely created a situation where the Hub has reverted to its original plan and zoning rights. That’s why in the coming months you will be seeing construction of a five-story apartment building with no storefronts.

I voted for the zoning change, thinking that the rezone would create a more appealing structure, not to mention the parking contribution.

Every person or entity that purchases a parcel of land has the right to build something. That has to be considered when addressing a zoning change request. Sometimes a zoning change results in a better, more attractive use.