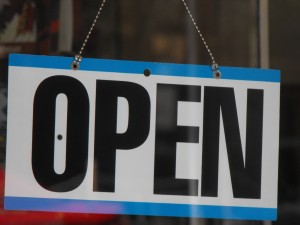 A year and a half ago, Javier Melendez and his wife, Lillian, opened Tacos Los Altos in West Flagstaff. About five years before, they sold their east side restaurant of the same name, and the couple realized that they missed running a restaurant.

Melendez had concerns about starting a business in a down economy, yet felt confident that he had earned positive name recognition and could easily reestablish another Tacos Los Altos. “It’s not what we would want it to be as far as business, but it’s keeping us afloat,” Melendez said. Make sure you have experience if you’re considering a new business, he recommends, because it can be a rough road otherwise.

Like the Melendezes, more and more people are branching out on their own and starting businesses. A recent report by the Ewing Marion Kauffman Foundation shows that 2009 had the highest number of business startups in 14 years. Arizona is among the top states in the country, with 460 per 100,000 adults creating businesses each month.

“It’s because there are no jobs for any- body,” said Flagstaff resident Kelli Waxman, who opened Waxman Associates in 2008. Her company offers several services to help others build businesses, including consulting, Web design, criminal records checks and advanced Internet research. “Everything that worked before will never work again, so you’ve got to do everything all new,” added Waxman, who says people are becoming very creative.Waxman thinks her business was one of the first examples of a rapid deployment virtual team, a model she says is gaining popularity.

“What you do is you have people as contractors for whatever kind of business project you have,” said Waxman. “You have people who work virtually, full-time or part-time. You can also employ people from all over the world,” added Waxman, who finds a large pool of qualified workers in other countries as well as in the United States.

By incorporating these new technologies and working virtually, people are learning how to get government contracts and find funding from new avenues, Waxman says. “These are people that, through necessity, are becoming leaders because they’ve found something creative they can do in their area, and they were wise enough to try to figure out how to turn it into a business.”

There are two types of business starts: the necessity start, when a person has no other option, and an opportunity start, when a person sees an opportunity and tries to capture it. William Den- nis Jr., a senior research fellow at the National Federation of Independent Businesses, says reces- sions typically cause a large expansion in the number of necessity businesses. He told Flagstaff Business News the relatively high number of business start-ups is a reflection of the economy.

The annual Kauffman Index of Entrepreneurial Activity measures new business creation. Carl Schramm, the Kauffman Foundation’s president and CEO, surmises that the large number of start-ups in the U.S. could point to a hopeful direction in terms of economic recovery.

Robert Fairlie has been conducting the entrepreneurship study for the past four years. The University of California, Santa Cruz economist says Arizona regularly has high entrepreneurship activity. “When a place grows, there’s a lot of room for entrepreneurs, but also construction is important,” Fairlie said. And while building has slowed down, he thinks people who may have been employed by big builders are now starting their own businesses for remodeling and repair work. Fairlie describes Arizona’s economy as dynamic, with a high number of entrepreneurship rates in the tourism sector.

The state’s trend is continuing this year. David Drennon of the Arizona Department of Commerce wrote in an email to FBN, “not only do we expect continued growth in business start-ups and expansions, our employment forecasts call for continued job growth – returning to positive job growth in early 2011.” FBN