You are here: Home / Business / Multi-Tasking Women Take On Positions of Power 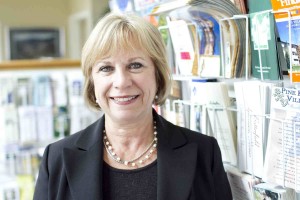 Here's the scenario. Supper’s cooking on the stove while you run a few loads through the washer. The youngest is howling over a scraped knee. The middle one needs help with math and the oldest “just wants to finish this level” on his video game before he takes the dog – who is clawing at the door – outside. Hubby just got home and is looking for the cocktail he hopes you had the foresight to mix. The phone is ringing. Oh, yes…and you still haven’t put the final touches on the PowerPoint you’re working on for tomorrow’s meeting with clients.

Sound familiar? If you’re a working mom, it does. But, don’t despair. Scenarios like that might be why women are such a success in the American workforce. No, really.

According to the July/August issue of Atlantic, women now make up the majority of workers in the United States. The May/ June issue of Change makes a similar claim for U.S. higher education, as nearly 67 percent of university undergraduates and 60 percent of graduate students are women. How did this happen?

“Multi-tasking,” said MJ McMahon, NAU executive vice president. While men recognized her executive skills throughout her career, McMahon credits the guidance of other women and the ability to balance multiple demands in complex situations for her success. She says that the dynamics of contemporary work require skills that draw on ways women have been trained.

“As a parent and wife, a woman has to balance home and work. Women are more efficient and more effective, especially in executive and leadership positions. Being a good executive is about organizing their time. Women have that because of the way they were raised.”

According to McMahon, men and women should be evaluated individually. In today’s workforce, “depending on the company, it needs either someone who has a narrow focus or a more broad focus. That’s how men and women complement each other.” But, as men take on caregiver roles, the multi-tasking gap may close.

A quick glance around the Grand Canyon state shows evidence of the national trend – a woman governor, for starters. Her predecessor, also a woman, holds a high profile national position. Locally, Flagstaff has a woman mayor and a number of prominent councilwomen. The current president of Coconino Community College, Leah L. Bornstein, is a woman, and so are five of the top vice presidents at NAU. Women hold premiere positions at the Hopi Foundation in Kykotsmovi Village. Julie Pastrick, another power-woman, is president and CEO of Flagstaff Chamber of Commerce.

Two income households and single parents mean there are significant numbers of working women. “Flexibility in the workplace is a national conversation today and has helped to raise that awareness among employers,” said Pastrick. “Corporations throughout Northern Arizona that are aware of the unique struggles women in the workforce face – and address them – are those that retain that talent longer.”

Laura Vandergrift, owner of Sedona Wine Country Tours, believes being a woman gave her a better chance talking to owners of local wineries, like Deb Wahl at Oak Creek Vineyards in Cornville. In 2006, when Vandergrift first started, no one was doing wine tours in Sedona. “I think being a woman, I had more insight,” she said. “I was able to connect with women winery owners directly.”

Women mentoring women is essential, according to McMahon and Pastrick, especially for the careers of young women just starting out. For KNAU Membership Manager Elta Foster, women in her life have made a big difference. She was raised by her grandmother and aunts to work hard and not give up.

“Navajo women are traditionally workers and producers of income, so there is a real tradition of that.” Foster said. As a young girl, she did weaving and tended sheep. Her first adult job, at Tooh Dineh Industries, put her in charge of millions of dollars. “There was no local bank,” she said. “I had to drive it to Flagstaff to make a deposit.”

Many more women than men are entering the workforce today in the first-job category, according to Pastrick. Women also own 40 percent of all businesses in the United States – at least for now. FBN