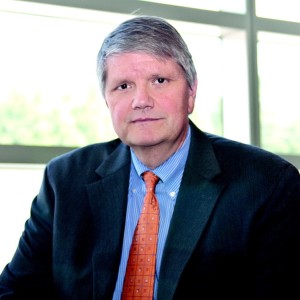 You would think an experienced traveler would have more sense, but I scheduled not one, but two trips during the recent Super Bowl festivities. The second of these trips was to visit with alumni. My date of departure for the second trip was the day after the Super Bowl, which also happened to be the day after the Waste Management Open PGA event, which together translated into thousands of visitors leaving Phoenix.

My first trip went smoothly, but the second trip was an entirely different story. Sky Harbor was slammed. The lounges, restaurants and gate areas were all packed. We boarded our flight on time, then sat, and sat, and sat. After about 40 minutes, the pilot announced that we would pull back from the gate soon. After more waiting, we finally left the gate, and the pilot informed us that we were number 36 for takeoff – not a good sign. We finally took off, more than 90 minutes late. As you might imagine, I missed my connection in Dallas, and there were no other flights that would enable me to make the first part of the alumni trip. Coming home was less expensive than hotel nights, so I turned around and returned to Flagstaff. It took me 19 hours to go from Flagstaff to Flagstaff. I rebooked my flight for a couple of days later and was able to make the reunion (which was very successful).

Why do I share my tale of woe? You may recall that I’m following Ben Franklin’s virtue exercise (see my earlier column, “Ninety Days with Ben”). Each week, I’m working on a different character virtue. Guess what my virtue of the week was during my travel difficulties. In a coincidence of cosmic proportion, my “virtue of the week” was tranquility.

Imagine the difficulty in staying tranquil spending a full day traveling only to end up right back where I started. It’s not exactly a recipe for tranquility. But an amazing thing happened. Because I was mindful of my tranquility goal, I didn’t lose my cool throughout the experience; not on the tarmac when I knew I’d miss my connection, not when I arrived for my connection but could not board the 747 (which was still sitting at the gate), not through an hour of trying to rebook my flight, not even when a couple with a baby asked me to swap my extra legroom aisle seat for a middle seat (next to a man that outweighed my 270 (ish) pounds by at least 50 pounds). Throughout it all, I remained pretty tranquil. The mere fact that I was mindfully paying attention to my tranquility kept me quite calm under the circumstances. (I agreed to swap seats due to my wanting to be benevolent, which is another virtue on my list.)

There are two leadership lessons to draw from this. First, it’s important to be mindful of your emotional reactions to events, especially when it comes to negative emotions. You may recall an earlier column on emotional contagion, which is how emotions spread from person to person. As a leader, you set the emotional tone for your team, for better or for worse. So you must be aware and attentive to your emotions. Lead your emotions first; then, lead others.

Second, as a leader, you will often face frustrating situations, many of which are beyond your control, as was the case with my trip. There was absolutely nothing I could do about the traffic at Sky Harbor. Since I couldn’t control it, I just let it go. Really, I did. Once we landed, I kicked into control mode and did what I could to salvage a portion of the trip, but even then I didn’t stress over the lack of flights that would get me to the early meetings. I actually was pretty proud of myself for not only remaining tranquil, but also for, in the best Stoic tradition, using reason to keep myself from getting upset. A line from Willie Nelson kept running through my mind: “There’s nothing I can do about it now.” The die was cast. All I could do was ride out the travel day from hell. Getting upset would only make things worse. (As an aside, it’s amazing how staying calm elicits greater cooperation from an airline ticket agent.)

You will face challenges to your tranquility. When you do, be aware of your emotional reactions and use reason to maintain your calm. Do this and you’ll be a better leader, and a more tranquil traveler. FBN

Craig Van Slyke, Ph.D., is the dean of the W.A. Franke College of Business at Northern Arizona University.

The W.A. Franke College of Business at Northern Arizona University is home to over 3,000 undergraduate and Master’s students. The College’s faculty and staff are dedicated to the success of its students and the economic development of the region. For more information on The W.A. Franke College of Business, please see: http://www.franke.nau.edu/. I welcome comments and feedback on these columns. Email your comments to: craig.vanslyke@nau.edu, or follow me on Twitter @cvanslyke.