You are here: Home / Columnists / Diagnosing the Difference Between Neuropathy and Poor Circulation 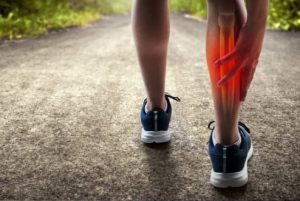 Early diagnosis and treatment can help. “It’s all about finding out what’s causing the problem,” said Perry.

Neuropathy is a condition that involves damage to the peripheral nerves, the nerves in your hands and feet. Symptoms include muscle cramping, difficulty walking, burning, tingling, numbness and pain in the legs or feet. In many cases, it’s caused by diabetes, but poor circulation can also cause these symptoms or make them worse.

Poor circulation or PAD (peripheral artery disease) is caused by the buildup of fatty material inside the arteries that hardens into plaque. When this occurs, it limits the amount of blood that passes through the arteries. “Blood brings oxygen and nutrients to your legs and feet, which they need to stay healthy,” said Dr. Diana Perry,of CIC Foot & Ankle in Flagstaff. “If an artery is blocked, oxygen and nutrients can’t get to your nerves and muscles, causing them to cry out for help. Cramping, burning or tingling, and numbness are telltale signs.”

More than 20 million people in the U.S. have neuropathy, according to the National Institutes of Health (NIH). And NIH notes that neuropathy is often misdiagnosed because of its complex range of symptoms. It is believed that the number of those with PAD is also between 19 and 21 million. But these numbers may be much bigger because everyone with symptoms is not tested.

“Patients will come in with some pain and difficulty walking a normal distance, which they write off as getting older, so they ignore the symptoms,” said Perry. “When you ignore the signals your body sends you, it just lets the condition get worse.”

PAD is a leading cause of death in the U.S. But, when diagnosed in time, it can often be treated before it becomes life threatening. Those who have PAD are at a much higher risk of heart problems and death from heart attack or stroke.

Amputations are also a risk because of sores that are not able to heal. “If enough blood isn’t getting to your legs and feet, that sore isn’t getting the oxygen and nutrition it needs to heal,” explained Perry. “This worries me because if it’s not treated, a chronic wound can lead to an amputation or even death. If you have an amputation because of a non-healing wound, your risk of dying within five years is higher than if you had some cancer.”

Early diagnosis and treatment can help. “It’s all about finding out what’s causing the problem,” said Perry.  “Checking circulation is critical. If blood flow is compromised, that’s something that can be treated.”

Specialists are able to treat PAD with a minimally-invasive procedure in an office setting. Using X-ray imaging, Dr. Joel Rainwater, an interventional radiologist at Comprehensive Integrated Care, is able to go into the bloodstream through a tiny nick in the skin to see if there is any plaque buildup.  ““Using image guidance and a catheter, that’s a thin flexible tube that travels through the bloodstream, we’re able to see if there is a blockage and then remove it with special instruments,” explained Dr. Rainwater. “Once the plaque is removed, blood flow improves.”

“The sooner we identify the condition, the better our chances are to keep it from getting worse,” said Perry.  If you’re just realizing that you may be suffering from neuropathy or poor circulation, make an appointment to see a doctor. Or, if you’re not finding relief from medication or treatment, a second opinion may be helpful to determine the cause of the tingling, cramping, pain or numbness in your feet. Getting the proper diagnosis is the first step to getting better. FBN

Reisha Zang is director of communication at CiC. You may contact her at 928-719-7400 or reisha.zang@ciccenters.com.