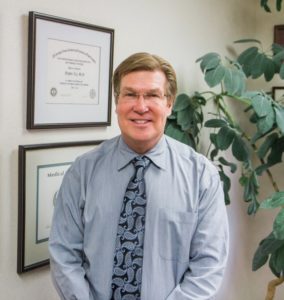 You’ve seen the commercials with the before-and-after photos, but can you really freeze the fat away? The simple answer is, yes. CoolSculpting is a non-surgical treatment that literally freezes fat cells. The procedure is safe, FDA-approved and involves no needles, medications, anesthesia surgery or downtime.

CoolSculpting addresses many of the same problems as surgical procedures for body sculpting, with fewer potential downsides.

Performed in a physician’s office by a specially trained and certified practitioner, more than six million treatments have been done worldwide.

Each cooling treatment takes between one and four hours, depending on the size of the area, and most people are able to resume their normal activities immediately following the procedure.

Did you know that the body has its maximum number of fat cells following adolescence? When we lose weight, the fat cells shrink but do not go away or dissolve. This means if we gain weight again, we just refill or fatten the fat cells we already have.

CoolSculpting, however, is a process that eliminates the fat cells. The cryolipolysis (cryo-freezing; lipo-fat; lysis-breakdown) technology used in CoolSculpting freezes the fat cells and stimulates the body to eliminate the unwanted cells, resulting in less fat and increased tightness, restoring the natural features of the body’s shape.

Fat cells are particularly susceptible to the effects of cold, unlike other types of cells. While the fat cells freeze, the skin and other structures are spared from injury.

Once the cells have died, they are eliminated from the body and are gone for good, making CoolSculpting a long-lasting treatment option that improves the appearance of the body while reducing fat distribution.

CoolSculpting can target those stubborn areas where exercise just doesn’t seem to deliver the results wanted. Often, these areas are the result of aging (saggy neck and under the chin) or childbirth (lower belly), etc.

The non-invasive procedure is a great option for patients who want to resolve excess fat distribution of the abdomen (apron and muffin top), flank between the hips and ribs, inner and outer thighs, banana roll (under the buttocks), upper arm, chin and neck.

Most people can expect a 20 to 25 percent fat reduction in the targeted area, with results varying based on the size and shape of the targeted area. More than 90 percent say they can see a difference after just one treatment, although most areas require three to four sessions.

Here’s how it works:

A device, which varies in size but is about six square inches, is applied to the targeted area.

The device has two functions: To draw (via suction) the tissue toward the gel pad on the device and to deliver controlled cooling to the area.

The suction will gently freeze the tissue and stimulate fat cell deterioration.

During the procedure, there may be a slight feeling of pulling or tugging from the suction and a feeling of coldness on the skin.

Neither the suction nor the cooling should be painful; some people do report some mild discomfort.

The targeted intense cold is specially designed to target the fat cells, causing them to freeze and die.

While the fat cells freeze, the skin and other structures are spared from injury.

The body naturally eliminates the dead cells, just like other dead cells.

It takes about three weeks for the fat cells to die and be eliminated and one to three months for most people to see a noticeable difference in the targeted area.

Depending on the size of the targeted area, the cooling device will be moved and applied to multiple spots in one area of the body. For example, it may take three or four 10- to 30-minute applications to target the abdomen, for a total of one to four hours per treatment.

Most people require three or four applications in the same area to get the results they want. FBN

Plastic Surgeons of Northern Arizona specialty trained staff and physicians are experienced and trained to perform this “really cool” state-of-the-art procedure that will deliver beautiful results. To learn more and to schedule a free consultation to find if CoolSculpting is right for you, visit PSNA.net or call 928-774-2300.