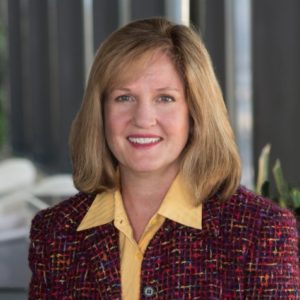 With more than 300 days of sunshine every year, Arizona is a natural for solar power. In fact, the state was recently ranked number two for total solar energy capacity. Some of the benefits of solar energy are clear. This clean, renewable energy source has no carbon emissions and uses no water.

Solar power is an important resource helping to power our customers’ lives; however, we must make sure we are getting the most bang for our buck. Grid-scale solar (large solar farms that typically contain solar panels that track the sun across the sky), in a direct comparison, produces more, costs less and helps the environment far more than private residential rooftop. In addition, grid-scale solar means all APS customers are solar customers, not just the ones who can put panels on their roof.

For the past five years, APS has been hard at work overseeing the construction, maintenance and delivery of solar energy from nine solar plants around the state that are part of our AZ Sun Program. All but one of these plants has hundreds of thousands of panels that rotate to face the sun, enabling them to capture the power of the sun far more hours of the day than rooftop, including late afternoons when our customers need the most energy.

The overwhelming, evidence-based consensus, according to recent reports from MIT, Harvard and the Brattle Group, confirms that grid-scale solar power generation is more cost-effective than rooftop. Put another way, both grid-scale solar and rooftop solar could achieve the same environmental benefits, but the cost to do so with grid-scale solar would be much lower.

Why does grid-scale solar cost less and operate more efficiently? Three reasons. The first, and perhaps the most obvious, has to do with the economies of scale gained by building a plant with thousands of panels, as opposed to the average residential rooftop. Second, these large scale solar plants can be optimally situated in areas of peak sunshine, not wherever a home happens to have been built. And third, as mentioned earlier, the technologies used at grid-scale solar plants incorporate optimized panel placement and sophisticated tracking mechanisms, so panels move to face the sun throughout the day.

At APS, we understand how important solar is to our customers and to our state. We also understand the importance of the environmental benefits solar power brings. Our question is: Why pay more for the same sun? FBN

Tammy McLeod is the vice president of resource management at Arizona Public Service and currently a Ph.D. student in sustainability.

Reflecting on Orlando
Smoking and Your Oral Health

One Response to Grid Scale Solar More Efficient than Rooftop