By Theresa Bierer on September 18, 2010 in Business, Local News 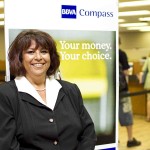 Kathleen Ganley knows an opportunity when she sees one, which is why she is refinancing her west Flagstaff home. The assistant professor of physical therapy purchased her Ponderosa Trails house five years ago, putting 20 percent down. By refinancing her 5.75 percent interest rate to 4.625 percent, she expects to pocket a lot of money. Ganley has another idea for saving on her mortgage: maintaining her current monthly payment even though her new payment will be lower. “I would save $81,000 in interest and shave 10 years off the mortgage,” said Ganley, who estimates it will take her one year of savings to make up for the closing costs of her new loan.

Ganley chose to work with Evergreen Home Loans for her refinance because she says they shop different lenders to find her the best package. Had she gone with her previous lender, the process would have been simpler, but the rate would likely have been higher.

Homeowners who put at least 20 percent down on the purchase of a home and make their regular payments are finding it relatively easy to refinance. “People have the perception that it’s tough, but it’s not,” said Monica Lucero, branch retail executive with BBVA Compass Bank. “If they have a credit score of a minimum 620, we can work around it and if it’s under that, we still have our FHA loans,” she added, saying FHA has not gone out of business. Lucero believes the inter- est rates are going to stay low for a while, and she invites people to talk to her about refinancing or if they have a banker, talk to them. “It’s not a decision people should make on their own.”

Like Lucero, Liz Fontanini has been busy as the result of interest rates being at an all-time low. Fontanini is a mortgage planner for Wallick and Volk, and helped a mix of clients refinance or purchase new homes in August. Of the people buying homes, she estimates half are first-time homebuyers. “Because interest rates are lower than when the tax credit [first-time homebuyer] was there, people can get into a home with a little higher purchase price than they would have three months ago,” said Fontanini, who reports that business continues to be good this month.

On refinancing, Fontanini notes some challenges. Decreased home values coupled with a homeowner’s prior decision to take out a second mortgage or home equity line of credit reduces options for new loans. However, there is a large percentage of people in Coconino County who qualify for refinancing, and odds increase if a mortgage is owned by Fannie Mae or Freddie Mac. Fontanini has been working with Fannie Mae’s DU Refi Plus and Freddie Mac’s Freddie Relief Refinance. People with VA or FHA home loans also enjoy a streamlined refinance process, usually without an appraisal.

Fontanini says while economic recovery is more of a crawl than a run, she is very optimistic, based in large part by what she sees in her business.

Kelly Gibson agrees. The owner/broker of Arizona Mortgage Professionals says he’s been fortunate to stay busy even during the downturn and the volume of his business is up from last year. “I believe some of that is due to the interest rates being historically low and there are more sales in our market than there were a year ago at this time,” said Gibson, who estimates 90 percent of his loans are referrals and repeat customers.

Based on his 24 years doing mortgages in Flagstaff, Gibson predicts home values will level off during the next year and then begin to increase again. While he doesn’t think Flagstaff will ever see appreciation mirroring rates of the mid 2000s, he thinks a steady two to four percent annual increase is likely in the future. “Flagstaff is a very desirable community,” said Gibson.

The mortgage industry itself is also in the process of becoming more stable. Keith Gumbinger is vice president of HSH Associates, a publisher of mortgage and consumer loan information. “After years of losses, the much higher-quality loans being originated today should finally start to improve the fate of the industry as a whole.” While losses from failing loans will continue to affect the economy beyond 2010, we may be slowly passing the peak, said Gumbinger.

He told Flagstaff Business News these improvements will increase the desire of firms to take on more risk. “This means that underwriting standards for loans a lender directly controls (jumbos, ARMs, etc.) should start to loosen somewhat around the margins; we have seen this starting to be reflected in the last senior loan officer opinion survey from the Federal Reserve,” Gumbinger elaborated. He predicts improvement will be cautious and gradual at best, with “normal” still a ways off in the future. FbN