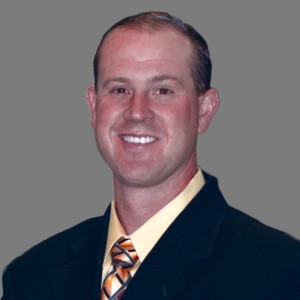 In 2009, following the wake of a collapsing real estate market, Congress enacted the “Protecting Tenants at Foreclosure Act” (PTFA). What many people may not know is that this act expired at the end of 2014. If we trust that our lawmakers did not unintentionally allow this law to lapse, then the inference or potential suggestion argued by some is that Congress’s failure to do anything signifies a shift in the real estate market and signifies that the act is no longer needed because the recession has ended and foreclosures are drying up. On the other hand, if our law-makers would allow the government shut-down like the one that took place in 2013, then the more logical conclusion is that the expiration of the PTFA was a complete failure of our lawmakers to be able to agree to extend the law and remove the sunset provision on an otherwise beneficial law.

The act was originally scheduled to expire at the end of 2012 but was extended by Congress until Dec. 31, 2014. Efforts to further extend the sunset provision failed. Through an automatic sunset clause, the PTFA expired on Dec. 31, 2014. The effects of this repeal rolls back the clock to a time when the real estate market was booming, there was equity in homes and significant incentive to keep a home from being foreclosed. These circumstances resulted in far fewer foreclosures.

The purpose of the PTFA was to afford innocent tenants protection from finding themselves and their personal belongings out in the cold and on the street following a foreclosure action. In Arizona, the foreclosure process is a non-judicial one, meaning that homes are sold at auction, on the courthouse steps, to the highest bidder. When this occurs, it allows a successful bidder (sometimes the bank and sometime a third party) to take immediate possession of the foreclosed property.

Depending on which side of the fence you are on, the effects are good or bad. If you are an investor buying foreclosed properties, it leaves you in a position of being able to take immediate possession and remove the occupants from the premises. This is because in Arizona, once a foreclosure occurs, there is no direct contractual relationship with the occupants who were previously “tenants” under a lease and as a result, the successful bidder is entitled to immediate possession, owing no obligations to the tenants. If you are a tenant, however, this may leave you out in the cold and on the curb with little to no time to find alternative housing, little notice that the house was even being foreclosed upon and limited recourse to recover any security deposit, which might have been posted with the former owner.

The PTFA, in effect, required lenders to honor a “bona fide” lease that was in place prior to foreclosure. For a lease to be bona fide, it had to be with a person that was not an immediate family member of the foreclosed owner and it had to be the result of an arms-length transaction with the rental amount to be paid at fair market value. If the bank or successful bidder at foreclosure wanted to resell (i.e. flip) the home or occupy it themselves, a 90 day-notice had to be provided to the occupants terminating the lease (even if it was month to month) prior to the end of the lease term. This at least gave the displaced tenants some time to find other suitable housing. If the intent was not to sell or occupy the home, then the lease had to be honored through the end of the lease term. Either way, it gave tenants some reprieve by allowing time to move when they found themselves in the middle of a situation created by an owner who failed to pay the underlying mortgage.

In March of this year, a bill was proposed and assigned to Congressional committee seeking to permanently extend the Protecting Tenants at Foreclosure Act. However, while this bill negotiates the legislative process, unwitting tenants who have paid their rent and have done nothing wrong (and are possibly unaware that the home is in foreclosure) could wake up and find their bed has been moved to the street overnight. Some banks and successful bidders at foreclosure continue to follow the guidelines of the PTFA, even though they are not legally obligated to. Those that do likely do it to avoid a negative public perception and ridicule. But those that do not can legally remove the occupants of a foreclosed home with little to no warning. FBN

Tevis Reich is the owner of a boutique law firm, Law Office of Tevis Reich. He is admitted to practice in Arizona and Florida, in both state and federal courts. Reich is a Flagstaff native and an NAU alumnus. He can be reached at 928-213-1800 or via email at Tevis @TReichLaw.com