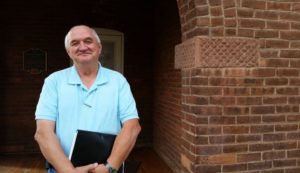 Senior guests who are over 60 are now the fastest-growing age group using Airbnb, according to a new study by Airbnb. Typically thought of as a service for millennials, the online marketplace that allows people to rent out their homes, spare rooms or other properties announced that the number of seniors who have ever booked on Airbnb grew 66 percent in the past year alone. The study also showed that Northern Arizona is one of the top destinations for 60+ Arizonans who use Airbnb.

Airbnb officially launched in 2008 as a way to connect hosts who had space in their homes with guests who wanted to save money and connect authentically with the local culture. Individual homeowners could make a little extra cash by renting out a room, while at the same time guests could save and be introduced to the area by their local hosts with whom they shared accommodations.

The scenario has changed since then with the addition of non-owner occupied rentals available on the Airbnb website and app. With the addition of Airbnb Plus (luxury homes) and Beyond by Airbnb (including adventures and experiences), guests can now book vacation rentals, high-end retreats, apartments or other properties.

Director of the Flagstaff Convention and Visitors Bureau Trace Ward says Airbnb started as a shared economy accommodations company and only later moved into investment properties rented by owner. “Because of this, it stands to reason that the fastest growing segment for them would be Boomers – because Boomers never used their platform when it was solely a shared economy.” He adds that Boomers, those born between 1946 and 1964, typically do not prefer to sleep in people’s homes when the owners are onsite.

“We don’t track by age group, but Prescott historically has been and still is a popular destination for seniors. This age group is also usually a member of some kind of rewards program, so brands such as Hilton, Marriott, etc., attract this age group,” said Margo Christensen, vice president of marketing for Ponderosa Hotel Management Services, which owns hotel properties in both Prescott and Flagstaff. Christensen is also board chair of the City of Prescott Tourism Advisory Committee.

“We are not allowed to ask guests’ age,” said Ash Patel, board member of Flagstaff Lodging, Restaurant and Tourism Association. “But our franchise brands do, as they have rewards members who are tracked by age, and what they say is that more and more folks are booking third-party sites like Expedia, Hotels.com, etc.”

Airbnb’s announcement in February of an upcoming loyalty program could also account for part of the uptick in the 60+ users, who are accustomed to receiving benefits from loyalty programs.

“Prescott has traditionally attracted a 50+ demographic for visitation. We don’t see a noticeable increase in that demographic that we could attribute to Airbnb usage,” said John Heiney, community outreach manager for the City of Prescott and head of the Prescott Tourism Office. “In fact, we have targeted our destination marketing to younger individuals and families, with some success in the past two years.”

Heiney adds that hotel occupancy has continued to increase steadily in the past five years. “Occupancy increases in the past year have slowed a bit, but they are still increasing, year over year. The city currently has business licenses for 55 vacation rental/short-term rentals. We collect the bed tax from all of these. The number of licensed operators has been growing every year.”

The Airbnb report also shows that Flagstaff and Sedona are among the five top destinations, along with Los Angeles, San Diego and Tucson for Arizona seniors who use the site. The Sedona Chamber of Commerce and Tourism Bureau also finds that the typical visitor to Sedona is over 60 years of age.

“According to our Sedona Visitor Survey Executive Summary, our typical visitor in 2017 was 60.6 years old, up from 60 in 2016 and up from 56.5 in 2012,” said Jennifer Wesselhoff, president and CEO of the Sedona Chamber of Commerce and Tourism Bureau. “The Boomer market has always been a target market for us. We highly value the Boomer market, as this group helped us, especially during the recession when this group was still traveling and spending. Boomers are generally well-educated, well-traveled and share our values of stewardship and wellness.”

Although Airbnb has recorded an increase in the over 60 age group, Flagstaff’s fastest growing segment is younger.

“We recently completed a visitor intercept study conducted by Northern Arizona University and our average age of visitor went down to 47, from 52. So, our fastest growing segment is probably young families, not Boomers, but based on the fact that we are up in visitation as a whole, we are most likely up in all generational categories,” said Ward.