You are here: Home / Columnists / Is Gun Control Working for You? 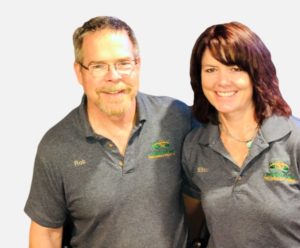 The FBI Uniform Crime Reporting system documents 9,734 homicides in the U.S. in 2020.

Much fanfare was presented following the passage of U.S. House Bill H.R. 1808. This bill, titled “Assault Weapons Ban of 2022,” would make it a crime to knowingly import, sell, manufacture, transfer or possess a semiautomatic assault weapon (SAW) or large capacity ammunition feeding device (LCAFD). In plain language, that means the vast majority of long guns sold today would no longer be available.

The stated intent of this new law is to reduce gun violence, and the elected representatives that voted for it want you to believe that they have somehow taken a step to make you safer. The only problem is that it’s simply not true. Banning a particular type of firearm does not reduce firearms violence.

Those who question the effectiveness of a ban like H.R. 1808 would be well served to review the “Public Safety and Recreational Firearms Use Protection Act” signed into law by President Clinton on Sept. 13, 1994. Like H.R. 1808, our elected representatives promised this bill would save lives, reduce firearms violence and was absolutely necessary. There were some doubts about these claims and officials insisted on a 10-year sunset clause on the new law. The belief was that if it worked, Congress would certainly pass an extension to the bill.

Studies were conducted by a wide variety of organizations as the bill approached its sunset date. The consensus was that there was no discernable connection between the ban and firearms homicides. The organizations that came to this conclusion included study groups at JAMA (Journal of the American Medical Association), the National Institute of Justice and the National Research Council. To be fair, other studies claimed very small changes were possibly related to the ban.

Congress knows the 1994 ban didn’t work and that is why elected officials have not renewed it since it expired in 2004.

So, what problem are they trying to solve? The FBI Uniform Crime Reporting system documents 9,734 homicides in the U.S. in 2020. Of those, 302 were committed with a rifle of any type (knives were used in nearly three times as many homicides than rifles). That means the firearms banned in this bill account for far less than 3% of the annual homicides. Combine that with the questionable effectiveness of the 1994 ban and we can see that they are really not protecting anyone but themselves.

By passing H.R. 1808, they made it appear that they want to protect you, but in reality, they know it won’t make any statistically significant difference. The other fact they often keep from you is that during the last couple of decades, the number of firearms in this country has risen dramatically. In 2021 alone, 19 million firearms were sold. Yet despite this increase in the number of firearms, the rates of firearm violence had been significantly declining. If, as they suggest, firearms are the problem, how do they explain that more of them results in less firearms violence?

Until our elected representatives get honest with us and do some serious root cause analysis, their proposed solutions to firearms violence won’t work. These ineffective actions are meant to deceive us into thinking that they are doing something to protect us. What needs to be done is hard work, serious studies into what is causing the violent behavior in the first place, not a proven, ineffective ban. FBN

Rob Wilson is the owner (with his wife, Elise) of Timberline Firearms & Training in Flagstaff. They offer a full line of firearms, accessories, safes and ammunition along with Liberty Safes. For more information, visit timberlinefirearms.us.