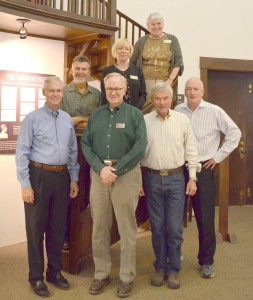 In response to unmet growth and opportunities, Lowell Observatory has established the Lowell Observatory Foundation, an independently managed, 501(c)(3) organization that will allow the observatory to expand its philanthropic base. In a related move to bolster Lowell’s fundraising program, Lisa Actor has been hired to serve as deputy director for development, in charge of overseeing charitable giving.

The main objective of the foundation is to receive permanently endowed funds for the sole purpose of supporting the mission of the observatory. It may also receive funds restricted for specific projects, such as the development of astronomical instruments.

Lowell Observatory has a unique business structure, with a sole trustee supported by a board of advisors, rather than a traditional board of directors. This sole trusteeship has both benefits and challenges, but a major drawback has intensified in recent years – many large corporations and other parties hesitate to donate significant dollars to an organization governed by a single person.

Furthermore, development of the Discovery Channel Telescope has resulted in the significant expansion of the observatory’s base of operations, from facility growth to additional staff. This means the financial needs are greater, but at a time when many traditional funding sources, particularly for science, are drying up. 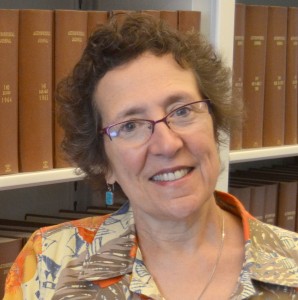 The new foundation will diminish the impact of these issues while expanding the organizational base for pursuing funds.

“The Lowell Observatory Foundation is a way to create more engagement opportunities, and it gives us a vehicle to more efficiently and effectively manage people’s permanently endowed donations to the observatory,” said Observatory Sole Trustee W. Lowell Putnam. “By pooling their gifts, we can reduce the management costs and hopefully increase the yield, thereby allowing those gifts to do more than if we managed them separately.”

Lowell Director Jeffrey Hall added, “The motivation for the foundation is to provide a giving vehicle for the observatory by which donors at any level can give principal that will be preserved in perpetuity for the benefit of the institution’s mission.”

At the observatory’s annual meeting in June, the Lowell Advisory Board formally elected an initial slate of seven trustees to govern the foundation. The new members were assigned staggered terms, ranging from one to three years, to eliminate mass turnover at any one time. The standing Sole Trustee of Lowell also holds a permanent position but has no more rights than the other foundation trustees.

Hall pointed out that the foundation board will likely expand, perhaps to 15, and ultimately consist of mostly non-members of Lowell’s Advisory Board in order to increase the foundation’s independence from that body. “Our goal was to create a substantial support entity for the organization that is not governed only by the sole trustee. This independent governance is important when pursuing larger gifts to the observatory,” he said.

While this new board will manage the foundation, it will work closely with Lisa Actor, who for the past 18 years, helped lead the development team at Westminster College in Salt Lake City.

Actor earned a bachelor’s degree in biology from the University of the South in Sewanee, Tennessee and worked for the National Oceanic and Atmospheric Administration (NOAA) for five years, serving as deck officer/survey party chief on a ship charting the waters of Alaska and Hawaii.

She succeeded in several roles at Westminster, including director of foundation and government relations, director of gift planning, development director and associate vice president for institutional advancement.

At Lowell, Actor will oversee charitable giving to the observatory. This includes major foundation and corporate gifts, estate gifts, the Friends of Lowell membership program and capital campaigns for the Lowell Observatory Foundation.

“Lisa has very long and broad experience in fundraising,” said Hall. “She has supported fundraising for science and has worked in scientific capacities herself. She is a perfect match for the position.”

Actor says she is excited to see the foundation take off. “Lowell has existed for the past 120 years and we want to be sure it lasts into perpetuity. The foundation will allow us to achieve that.” FBN